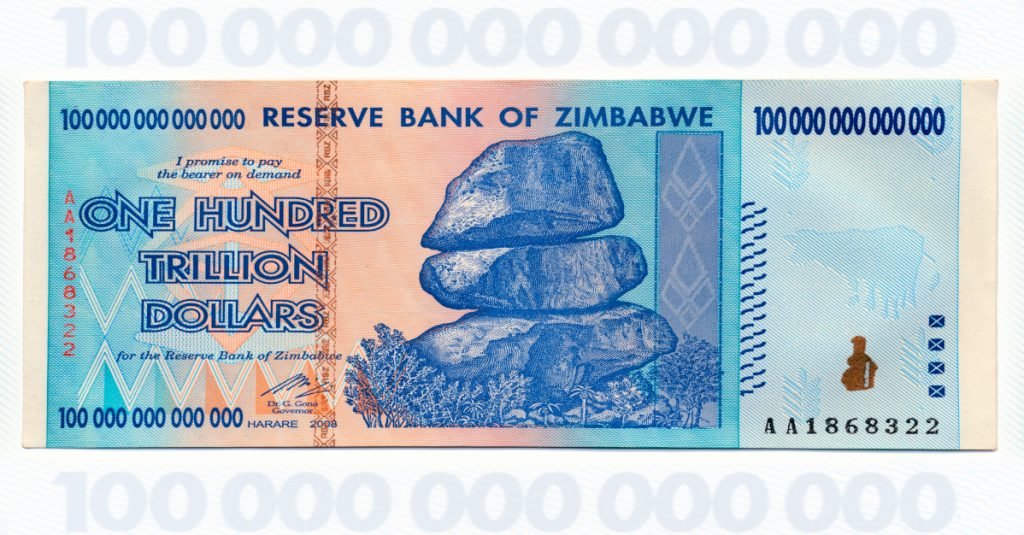 Robert Mugabe could have gone down in history with the same esteem and grandeur as  Nelson Mandela.

Like Mandela, Mugabe was imprisoned for several years for being a prominent anti-colonialist leader in Zimbabwe— then called Rhodesia.

Upon release from prison, and with a little help from the international community, Mugabe became Prime Minister of Zimbabwe in 1980.

And the first few years of his leadership were quite reasonable.

But that all changed in 1987 when the constitution was amended and Mugabe gained dictatorial powers.

He also confiscated private land from established (mostly white) farmers, which he redistributed to his supporters, most of whom had no experience in farming.

This authoritarian control pervaded across nearly all industries, and by the early 2000s, Zimbabwe’s economy was in shambles.

About half the country was unemployed and inflation skyrocketed.

In 2009, the government finally capitulated and chose to abandon its currency altogether. And for the next several years, Zimbabwe had no official currency.

People transacted in dollars, euros, South African rand, Chinese renminbi… any foreign currency they could get their hands on.

I’ve been to Zimbabwe a few times; the people are intelligent, resourceful, and good-natured. And they have amazing stories to tell about living through hyperinflation.

By 2016, Zimbabwe’s government decided to give a national currency another chance. They started by issuing “bond notes”. And a couple years later they reestablished a new Zimbabwe dollar.

But this time, they promised to use restraint in printing money.

Now, I’m sure you will be shocked to learn that the central bank of Zimbabwe did not exercise restraint…

The new currency was introduced at parity with the US dollar, allegedly worth 1:1. And Zimbabwe’s government threatened to imprison anyone who ignored the official exchange rate.

Naturally, though, the government’s excessive spending and money printing caused the currency to lose value almost immediately. And soon they had to establish price controls based on an exchange rate of 25:1 to USD.

There has been an interesting development, however. Instead of continuing with its failed policies, the central bank of Zimbabwe has begun issuing gold coins.

As of early August, about 4,500 had been sold to be used for local trade, which means they’re circulating as a legal currency in the Zimbabwean economy. That makes these gold coins the most stable currency in the world.

Now, personally I’m a bit skeptical and would love to see a full chemical assay to make sure the coins are actually as pure as the government claims.

Also, crypto would be MUCH better medium of exchange for day-to-day transactions than gold coins.

But (assuming everything is legitimate) Zimbabwe is at least taking a step in the right direction, which is more than most western governments can say for themselves.

Sure, the US, UK, and Europe don’t have anywhere close to Zimbabwe’s level of inflation, which was more than 200% in the last 12 months.

Even worse is that interest rates in the US (when adjusted for inflation) have been negative for most of the past twenty years. Anyone who responsibly saved their money in, say, a savings account, LOST money after accounting for inflation and taxes.

Given that governments and central banks are key drivers of inflation and interest rates, this is tantamount to official theft.

And they treat the absurdly-named Inflation Reduction Act as if it’s some sort of magical spell that can ward off the most destructive economic monsters.

If only that were true.

But in the real world, inflation will inevitably increase as they borrow another trillion dollars to pour into the IRS, triggering millions of new audits and causing American productivity to decline.

Forgiving student debt is another inflationary move. If nothing else, universities know that they can raise their tuition because all of the suckers taxpayers are footing the bill for an extra $10,000 to $20,000.

The US national debt now stands at $31 trillion, an increase of $2.4 trillion so far this fiscal year. And the Treasury Department is forecasting multi-trillion dollar deficits for years to come.

These deficits are extremely inflationary… because the government pays for them by having the central bank print more money.

At least Zimbabwe has figured it out. Western governments, on the other hand, still believe they can print and spend as much money as they like without consequence.

This is pure madness. But fortunately you don’t have to wait for the federal government to start acting responsibly.

You are perfectly free to store a portion of your savings in gold, silver, or any number of other real assets that hold value in times of inflation.

And with the way things are going, that might not be a bad idea to consider. 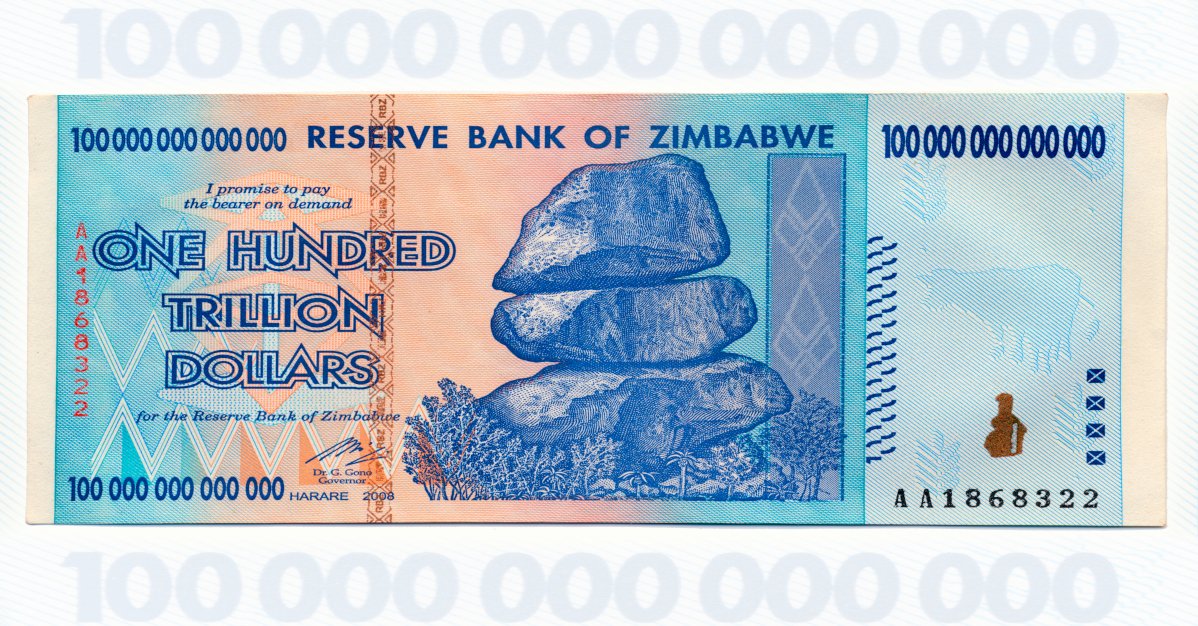