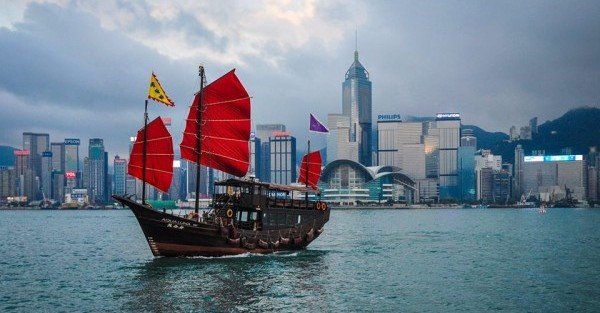 After the twin towers fell in 2001, the US government sprang into action to wage the global war on terrorism.

Within days following the attack, Congress pushed through the USA PATRIOT Act, providing unprecedented authority to the US federal government.

The legislation also gave several government agencies sweeping powers over the US banking system. And they made an important discovery.

You see, the entire world relies on the US banking system… at least for now.

The US dollar is still the world’s most dominant reserve currency.

Oil contracts around the globe from Iraq to Indonesia are settled in US dollars.

Foreign governments and central banks hold US dollars as their reserves.

And the US dollar is widely used in global trade. When a Vietnamese manufacturer sells to a Ukrainian wholesaler, that deal will transact in US dollars.

This widespread use of the dollar means that the US banking system is essential to global commerce.

International banks must have access to the US banking systems so that they can transact in US dollars.

Being shut out of the US banking system would be disastrous for a foreign bank because they’d no longer be able to do business in US dollars with the rest of the world.

This gives the US government enormous leverage over global banks. And they realized this in 2001.

So they demanded all sorts of information from foreign banks, threatening anyone who didn’t comply with being kicked out of the US banking system.

The banks complied. And the US government immediately saw how powerful this threat could be.

This time the legislation was called the Foreign Account Tax Compliance Act, or FATCA.

FATCA was passed because the US government realized they were flat broke.

Desperate to find every penny they could get their hands on, FATCA commanded every bank in the world to share information with the IRS.

The idea was to track down illicit funds from Americans who were evading taxes and hiding money overseas.

The US government thought that FATCA would generate hundreds of billions of dollars in new tax revenue.

It didn’t. Official estimates show that FATCA brings in between $250 million and $800 million per year in additional revenue.

That might sound like a lot, until you consider that the cost of implementing such onerous legislation have been estimated as high as $1 trillion.

In 2013 the UK government determined that the cost of implementing FATCA just for British businesses would run into the billions of dollars.

So, financially, FATCA is a pitiful failure. The costs of implementing it far exceed the any benefits.

But what’s even more important is that FATCA destroyed global banking.

For example, many countries have strict banking privacy laws that forbade them from sharing their customers’ information.

But that didn’t matter to Uncle Sam.

Even if a bank would be violating its own local laws by complying with FATCA, the US government still threatened to kick them out of the US banking system.

The US even destroyed a few banks along the way just to set an example of what would happen to dissidents.

As the years went by, the US government continued to leverage this threat to get whatever it wanted from foreign banks.

In 2015, the US government levied a $9 billion fine against French bank BNP Paribas for conducting business with countries that the US didn’t like (Cuba, etc.)

Of course, BNP Paribas wasn’t violating any French laws. But that was irrelevant.

The US government still fined BNP and threatened to kick them out of the US banking system if they didn’t pay.

This has become standard practice in the Land of the Free. Whenever the US government needs money, they just fine and threaten everyone.

In fact, global banks have shelled out over $200 billion in fines over the last six years.

These constant threats have created an environment where banks are scared to do anything.

They’re all terrified of the US government; no one wants to be the next bank that gets fined billions of dollars or kicked out of the US banking system.

Doing any business at all means risking the ire of the US government.

So rather than facilitating commerce and responsibly managing people’s savings, banking is now about compliance, bureaucracy, suspicion, and innuendo.

The simple act of opening a bank account is fraught with difficulty and obscene amounts of paperwork.

And when you walk into a bank there is an automatic presumption that you are some criminal money laundering tax evader.

If you want to test this assertion for yourself, try withdrawing $10,000 in cash and see how they treat you.

Even simple transactions are held up by droves of unnecessary obstacles and paper-pushing bureaucrats who domineer over your savings like Dark Lords of the Sith.

This has been toxic to global commerce.

But finally there’s at least one jurisdiction that’s said, “enough is enough.”

No surprise, it’s Hong Kong, one of the more economically free places in the world.

Hong Kong already has one of the safest, most liquid and well-capitalized banking systems on the planet.

Hong Kong’s Monetary Authority has decided that it will no longer live in fear of Uncle Sam and is now leading a rebellion against US government financial servitude.

They’ve just announced new guidelines to make Hong Kong, once again, one of the easiest and best places in the world to bank.

And those guidelines will specifically include simplified account opening procedures for foreigners, foreign businesses, and even startups.