It’s never going to happen to me… 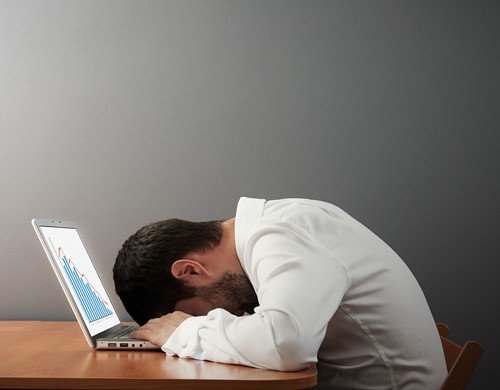 Just 18 months ago, Brazil’s Eike Batista was one of the richest men in the world with an estimated fortune of over $34 billion, nipping at the heels of Bill Gates and Carlos Slim.

To put this figure in perspective, his wealth exceeded the GDPs of over 100 countries, including Latvia, Kenya, Cyprus, and Paraguay.

Starting in March of last year, though, Batista’s fortune began to decline. As Hemingway once wrote of bankruptcy, it happened “gradually and then suddenly.”

And this collapse happened in such spectacular fashion that some news sources have suggested Batista’s net worth may now be negative.

It’s a stunning reversal, one of the biggest in history. Just imagine going from one of the richest people on the planet to being possibly insolvent.

We read about these dramatic events in the lives of others– someone loses an entire fortune… has his/her assets frozen by the government… gets thrown in jail for violating some obscure, innocuous law… etc. It’s incredible.

But these things always happen to other people, right? Nobody ever thinks it will happen to them. Until it does.

The same thing applies to countries; nations that were once tremendously wealthy can and do go broke. Afterwards it seems so obvious.

In Batista’s case, the Monday morning quarterbacks are now pointing to all the obvious warning signs, attributing his downfall to arrogance, hubris, overextension, deceit, and too much debt.

Look, it’s really important to be optimistic in life and see the world for all of its wonder and opportunity. But adopting an attitude that ‘it can’t happen to me… it can’t happen here…’ is foolish.

Any one of us could end up on the wrong end of a government ‘list’ this afternoon. Lose a job. Suffer a monumental business setback. Or medical scare.

Similarly, any number of things could set off a global financial crisis that dwarfs what happened in 2008. Perhaps another bank failure. Sovereign default. Death of a major world leader. Etc.

Any of these events could spark a wave of reaction and consequence, ranging from currency crisis to hyperinflation to severe loss of savings.

Or perhaps absolutely nothing will happen. Perhaps it really ‘won’t happen here, it won’t happen to me.’

But given how much is riding on this assumption, it certainly makes sense to take informed, prudent steps to secure what you have worked for your entire life to build.

This is one of the reasons I own productive agricultural property; no matter what happens in the world, I know I will always have everything that I truly need.

Understandably, owning farmland overseas may be too complicated for some people. But there are easier steps.

For example, it also makes sense to consider moving a portion of your savings abroad to a safe, stable banking jurisdiction that isn’t controlled by your insolvent government back home.

The same logic applies to having some precious metals overseas, and diversifying some of your savings to other currencies and asset classes that aren’t being inflated away as prolifically.

Taking these steps doesn’t make you a crazed, tin foil hat pessimist. It just means that you’re being prudent. And realistic.

If nothing ever happens, you won’t be worse off for having taken these steps. But if any number of scenarios plays out, and these clear trends continue to sharpen, then they might end up being among the smartest moves you’ve ever made.