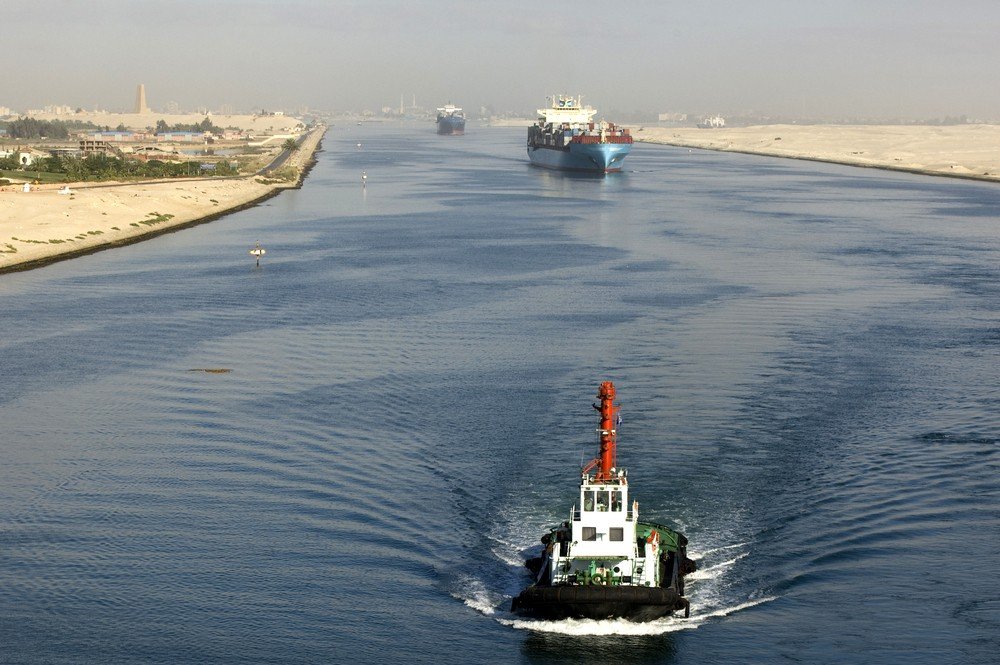 The Suez links the Mediterranean to the rest of the world, and it’s one of the most important maritime thoroughfares in international trade. So this was a big deal.

Britain was a major stakeholder in the canal, and almost immediately, the British government put together a small coalition consisting of the UK, France, and Israel to regain Western control.

Their subsequent military action, however, greatly displeased the US government. And Uncle Sam quickly asserted its new role as the world’s superpower.

True, Britain had once been the dominant power in the world. But years of unsustainable finances and economic decline changed all of that.

By the end of World War II, Britain was nearly bankrupt. But reality hadn’t set in yet. They still saw themselves as a superpower.

British policymakers were still at the peace table. They helped set up the UN, divide up Germany, and even influence the new global financial system at Bretton Woods.

It became clear that the UK no longer had the economic fortitude or international standing to do as it pleased. And with the US opposed to the invasion of Egypt, the British government had no choice but to withdraw their troops.

In doing so, Britain handed the reins of world dominance over to the United States. And America held this position for decades.

But to anyone paying attention, this status has waned.

Asia is rising. Major centers of wealth and power have grown around the world. US finances are desolate. And its currency is now widely reviled by foreign governments.

But US politicians have completely ignored this trend over the last decade. They spend and act as if US global dominance is an endless river.

With Syria, though, the US may have finally reached its Suez moment.

Russia has now almost single-handedly precluded the US government from carrying out an attack in Syria.

And the Russian President has even taken his case to the American people in which he eloquently criticized both US policy as well as the notion of American exceptionalism.

Vladimir Putin is a brute. But he commands a nation that has all the power and might it needs to stand up to the United States and the rest of the West.

Just a few months ago, it was the Russians who wagged their fingers at European governments for confiscating bank accounts in Cyprus, comparing such tactics to the Soviet Union.

It’s also been the Russians who have stood up to the West and given sanctuary to Edward Snowden.

All of this would have been unthinkable ten years ago. And this may very well be the event that future historians look back on as the day America lost its global dominance.

This isn’t anything to cry about. The world isn’t coming to an end, it’s just changing. And this has been happening for thousands of years.

The Italians have been the world’s superpower at least twice in history– once during the time of ancient Rome, once during the Renaissance. The Chinese, Spanish, and Persians have all had their time atop the throne.

Power and wealth shift from time to time. And this is an important trend to embrace.

Being in front of this change could create generational prosperity. Stubbornly rejecting it could be detrimental to your savings and your liberty.

And if you’re not sure… just watch this video.