It’s official: Medicare trust fund will run out of money in 8 years 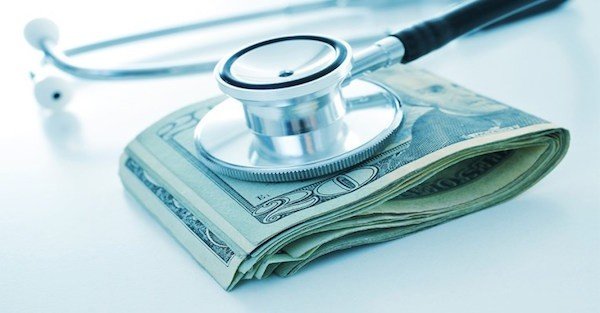 Two days ago the respective Boards of Trustees for Medicare and Social Security released their annual reports for 2018.

As usual, the numbers are pretty gruesome… and the reports plainly stated what we’ve been talking about for years: the trust funds for both Social Security and Medicare are going to run out of money.

In the case of Medicare, the Trustees project that its largest trust fund will be fully depleted in 2026, just eight years away. In the context of retirement, that’s right around the corner.

For Social Security, the Trustee report stated that the program will spend more money on benefits in 2018 than it will generate in income and tax revenue.

So this year will be the first time Social Security has run a deficit since 1982.

But it gets worse. Because according to the Trustees’ projections, the program will continue running larger and larger deficits until it too becomes fully depleted in 2034.

After that, recipients can expect at least a 25% cut in the benefits that they were promised and worked their entire lives to receive.

Again, these numbers come directly from the Trustees of Social Security and Medicare (which includes the US Treasury Secretary).

The reports were so dire that mainstream publications picked them up almost immediately.

Curiously, though, a number of newspapers tried to play down the bad news, dismissively telling their readers that Social Security and Medicare are just fine, and that those sobering projections don’t matter.

These are common refrains. They’ll state, for example, that there’s nothing to worry about because the government will step in and bail out the programs.

Is that so? Well, who is going to bail out the government?

According to the Treasury Department’s annual financial report, Uncle Sam is already insolvent to the tune of $20.4 trillion.

And those numbers are only getting worse too. Treasury’s own projections show annual budget deficits in excess of $1 trillion starting in 2020.

Simply put, a short-term fix of Social Security and Medicare would cost trillions of dollars. And that would just be a down payment on the long-term costs of fixing the programs.

The federal government simply doesn’t have that kind of money. Not even close.

So the expectation that some politician is going to come riding in on a white horse with checkbook in hand is ludicrous.

A second commonly held myth is that these Social Security and Medicare projections are irrelevant because they “have a history of being wrong.”

35 years ago, the Social Security annual report from 1983 projected that the program’s cost would exceed its income and tax revenue in… 2020.

The current report states that this is going to happen in 2018.

That’s only a two year difference from what they projected over three decades ago. So they pretty much nailed it.

More importantly, though, we’re not even talking about long-range projections, which typically look 50-75 years into the future. We’re talking about EIGHT years from now.

But even if you take a longer-term view, the data is still grim.

Social Security and Medicare provide benefits to people based primarily on tax revenue generated by those who are currently in the work force.

Essentially the programs require a certain number of workers paying into the system for every single retiree drawing benefits. They call this the worker-to-retiree ratio.

The critical problem is that both fertility rates and population growth (which takes into consideration immigration and mortality) have been declining.

The US fertility rate has been on a general downward trend since 1990, and in steep decline since 2007.

And overall population growth rates for the past several years have been the lowest in more than five decades.

This contrasts with the years immediately following World War II, in which there was an explosion in population growth.

Those are the folks who are currently receiving Social Security and Medicare benefits.

But due to the declines in population growth, there are no longer enough workers paying into the system (even with unemployment at multi-decade lows) to support the programs’ current recipients.

The end result is what we’re talking about today: Social Security and Medicare can’t generate enough revenue to support their costs and will thus soon deplete their cash reserves.

The government is trying to put a brave face on this, telling us that the alarming drop in the national fertility rate is only temporary, even though it’s been falling steadily for three decades.

But they insist it will reverse soon.

Frankly, it doesn’t seem sensible to plan one’s retirement based the ability of these bureaucrats to accurately predict how much sex people are going to be having in the coming years.

Instead, let’s look at the big picture: Social Security and Medicare are both perennially mismanaged with a history of gridlock and inaction.

And the people who are responsible for overseeing these trust funds have clearly stated that the programs will run out of money and be unable to pay the benefits that have been promised.

What sane person would possibly put all of his/her retirement eggs in that basket?

There are clearly better ways.

One approach is to establish more robust retirement plans (like a solo 401(k) or self-directed IRA) and start maximizing your contributions.

These types of structures allow you to direct your capital to potentially more lucrative investments that go beyond mainstream stocks and bonds. Plus, in many respects, they can be cheaper to maintain.

This is important, because if you can squeeze out an extra 1% per year between cost savings and better investment returns, it can add up to hundreds of thousands of dollars in additional retirement savings when compounded over several decades.

Regardless of what happens (or doesn’t happen) with Social Security in the future, it’s hard to imagine you’ll be worse off for doing this.