It’s official: Public opinion of Congress sinks below that of used car salesmen 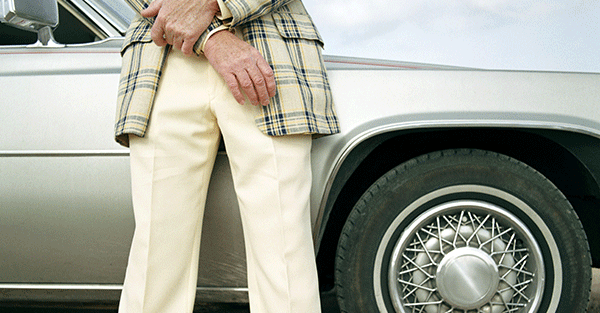 Poll after poll confirms what I’m sure you’ve already been feeling.

You can hear the rumblings of grumblings, and it’s only growing louder and louder.

If you were to ask 10 Americans if they have confidence in Congress, less than one would now say yes.

And it’s not just disgust with the legislature. It’s all of government. Confidence in President Obama is at its lowest level ever.

Supposedly those in political office are there to act on behalf of the people. That’s what a republic is all about, right?

However, after one conspicuous bailout of a big business after the next, it’s become clear who’s really manning their puppet strings.

What little respect there was for politicians is disappearing fast.

According to Gallup, public opinion of the integrity of members of Congress has recently sunk to its lowest levels as well, even below that of used car salesmen. And that’s not even a joke.

We’re told for our entire lives to put our money into banks rather than hiding it away under their mattresses or some such nonsense.

Only in banks will it be safe and earn interest.

What a joke that has become. Today if you hold money in a bank, you are guaranteed to lose money.

Citibank, for example, is offering an ‘interest-bearing’ savings account that pays 0.01%. That’s one hundredth of one percent… or $1 per year in interest on every $10,000.

What’s even more hilarious is that you have to pay TAX on that amount. Presuming a 20% tax rate, you’re left with an after-tax yield of 0.008%.

Now… even if you believe the government’s numbers, they claim the rate of inflation is 2.1% based on the June 2014 CPI numbers published by the Department of Labor.

So on a tax-adjusted, inflation-adjusted basis, you’re LOSING 2.092% each year that you hold money in a bank account.

Meanwhile, banks are recording record profits and enjoy the full backing and support of the Federal government.

It’s a disgusting system. And it’s no wonder why (again, according to Gallup), confidence in banks is hovering near its record low, and less than half the level it was at ten years ago.

Then there’s traditional media in the US, which is nothing more than destructive entertainment masquerading as news.

Distrust for mass media hit an all-time high in September 2012 and has remained near that level ever since.

Meanwhile, the Land of the Free with its Constitutionally-enshrined freedom of the press plunged to number 46 in the most recent World Press Freedom Index.

This is sandwiched between Romania and Haiti, and trailing countries such as Papua New Guinea.

All of this data is clearly indicative of something that I suspect tens of millions of people feel viscerally in the gut: this is not the country I grew up in. Things have changed. And not for the better.

The sad part is that most people feel trapped… powerless to stop the obvious trend that’s encroaching on their way of life. So they ignore it and hope that it goes away.

And the people in power are only making things worse. Every law, every regulation, every policy, no matter how well-intended, only marches closer towards the inevitable.

It doesn’t have to be this way.

While governments and institutions can only make things worse, individuals have an entire universe of solutions at their fingertips.

If you mistrust the banking system (and all the evidence suggests this is a valid conclusion), WHY hold your money there?

It’s 2014. Money doesn’t get moved around by stagecoach anymore. You are under no obligation to hold the preponderance of your life’s savings in a system you don’t trust.

There are a multitude of options around the world to hold your savings in and actually generate a solid rate of return.

Further, if you mistrust your government, WHY have, literally, 100% of your life and livelihood tied up there?

There are hundreds of options and solutions to ensure your government has as little influence and control over you as possible.

It doesn’t have to be gloom and despair. No one has to be a lamb waiting around for the slaughter.

There are ways to fix this… for yourself, your family, and your loved ones.