Lessons from the worst banking crisis in history 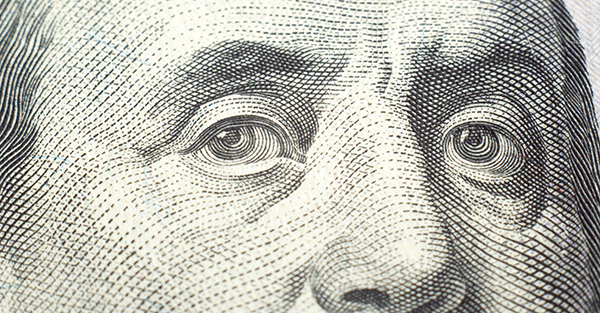 It’s ironic that some of the most honest words to come out of a politician’s mouth were, “When it becomes serious you have to lie.”

That was a quote from Jean-Claude Juncker, former Prime Minister of Luxembourg and President of the European Commission (the EU’s executive branch) in 2011 when asked about Greece’s financial crisis.

Greece was on the ropes and the entire system about to collapse, so, of course they lied. Then they lied about lying.

This raises a very reliable rule of thumb to keep in mind during (and before) a banking crisis: don’t trust anyone in the establishment, especially a politician.

It’s good advice these days. Europe’s banks and its governments are caught like Macbeth’s “two spent swimmers that do cling together / And choke their art.”

Or perhaps a less elegant comparison– two drunken sailors holding each other up.

As usual there’s quite a bit of deflection to steer people away from looking too deeply at bank balance sheets, and high sounding language that everything is just fine.

A review of a historical banking crisis would be highly instructive. So let’s go back to one of the absolute worst in history– the US banking crisis of 1982.

It was so severe, in fact, that as Nassim Taleb writes in The Black Swan,

“In the summer of 1982, large American banks lost close to all their past earnings (cumulatively), about everything they ever made in the history of American banking – everything.”

Richard Koo, the chief economist of the Nomura Research Institute and author of ‘The Holy Grail of Macro-economics: lessons from Japan’s Great Recession,’ recounts the crisis with extraordinary candor.

Koo was a syndicated loan desk officer at the Federal Reserve Bank of New York… so he was truly at the epicenter.

Late on a Friday afternoon in August 1982, his job, along with those of his colleagues, was to try and convince the rest of the world that the US banking system was solvent (even though it was clearly NOT).

The following is taken verbatim from his presentation:

“That was about the worst possible banking crisis in modern US history. Our conclusion was that seven out of eight money centre banks were actually underwater…

“Paul Volcker, the chairman of the Fed, called central banks and ministries of finance all around the world on that critical Friday in August 1982…

“The Bank of Japan Governor of the time was particularly difficult to locate. A Bank of Japan official who took the call from Volcker recorded Volcker’s exact words for posterity.

“What we at the New York Fed had to do was arrange for all the foreign banks to keep credit lines open to the American banks, knowing fully well that all these American banks were actually bankrupt.

“And we also could not tell the outside world about the situation because if you go out and say ‘American banks are bankrupt’ – the next day they will be bankrupt.

“And so we had to come up with these stories that ‘well, there are some Latin American problems, but they’re all good debt, not bad debt’. . .

“So by keeping this myth going, that everything is fine.. we had to do that for a very long time..”

You can watch Koo’s presentation yourself (it becomes extremely insightful after roughly 31 minutes).