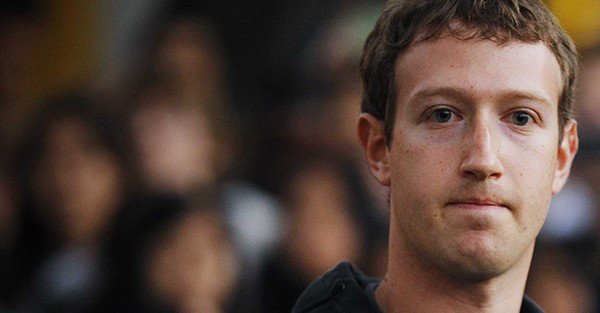 And no, not for the obvious. The Zuckerbergs are brand new parents. And while that’s exciting, it’s far from unique. New babies are born every second.

But what’s far from commonplace is that Mark Zuckerberg just screwed the US government out of billions of dollars of tax revenue.

In an open letter to his newborn daughter, Mark and his wife explained how many problems are out there. War. Disease. Bigotry. Etc.

Like any parent, they want their child to grow up in a better world.

And they outlined their vision to make this happen, including taking risks and making long-term investments, building technology, and backing strong, independent leaders and visionaries.

This sounds conspicuously like the mission statement for any number of high-end Silicon Valley venture capital firms.

In a way, this is what the Zuckerbergs have created.

At the end of the letter, they pledge to contribute 99% of their Facebook shares, currently worth about $45 billion, to “advance this mission”.

The New York Times jumped on this immediately: “Mark Zuckerberg vows to donate 99% of his Facebook shares for charity.”

The Zuckerbergs formed a limited liability company (LLC). It’s not a non-profit or charitable trust.

The Chan Zuckerberg Initiative is a for-profit, privately held vehicle that’s intended to make investments that will advance their vision.

Over the course of their lives, they’ll transfer Facebook shares to the LLC.

But as that transfer is considered a donation, the Zuckerbergs will be able to completely eliminate capital gains tax from their Facebook shares.

Plus they’ll be able to shield billions of dollars of other income from tax by writing off the donation as a charitable contribution.

Perhaps the biggest benefit is that the Facebook shares could now entirely avoid US federal estate tax.

At the end of the day, Mr. Zuckerberg gets to retain -control- of his fortune and shares, directing funds as he sees fit into for-profit, private investments, while drastically reducing his tax bill.

This is no surprise. Zuckerberg has already proven tremendously adept at minimizing taxes.

And there is no shortage of critics who have a major problem with this.

These hopelessly delusional and misguided people still actually believe that the way to make the world a better place is to give incompetent, corrupt politicians more money.

And in a height of arrogance, they think they are entitled to some claim on Mark Zuckerberg’s wealth.

Sorry, but this is complete lunacy.

Governments have an unblemished track record of confiscating citizens’ hard-earned income through taxation, and squandering every penny of it on war, debt, illegal domestic spying programs, and total incompetence.

As we mentioned yesterday, the US government spent $43 million building a dysfunctional gas station in the middle of nowhere in Afghanistan.

And let us not forget the hundreds of millions wasted on the Obamacare website. Or programs that put funds and weapons in the pockets of terrorists.

These are terrible results. And it’s the textbook definition of insanity to put yet even more tax money in their pockets and expect different results.

The US government claims the Obama administration has ‘created’ 8 million jobs.

Of course, in doing so, they created over 8 trillion in debt… which means that Mr. Obama spent an average of $1 million to ‘create’ a single job.

Facebook employs thousands of people and has created bustling industries.

Deloitte estimates Facebook’s net job effect at 4.5 million. And they did it without indebting future generations.

Look, I am no fan of Facebook. I find it to be a colossal a waste of time, in addition to providing a treasure trove of private data to government agencies.

But I support anyone’s efforts to use legal means to reduce the amount of tax they owe.

Mark Zuckerberg will do the world much more good by continuing to create jobs and invest his own capital, rather than let it be squandered by some politician.

And as a matter of fact, we would ALL do the world much more good to take legal steps to reduce what we owe.

Going to a voting booth is a meaningless exercise that changes nothing.

If you truly want to change the world, start by taking every legal option to stop funding the incompetence and criminality of governments.

Given the $560.3 billion budgeted for National Defense and $58.6 billion for Overseas Contingency Operations this year, the Zuckerbergs’ $45 billion tax reduction just bought the world 26 days of world peace.

EVERYONE has ways to reduce taxes.

There are simple steps like maximizing tax-advantageous retirement contributions, or maximizing depreciation deductions.

Others are more complex, like moving states or provinces. Or even moving abroad.

These examples are not comprehensive; there are countless tactics and resources available to everyone, many of which cost nothing.

So if war, bombs, waste, destruction, and overall government incompetence make you furious, the BEST possible approach is to do your part to stop funding them.

Because the only way the world can ever truly be ‘a better place’ is if the people who make it a worse place no longer have the means to do so.