Meet the world leader who stole his citizens’ gold– 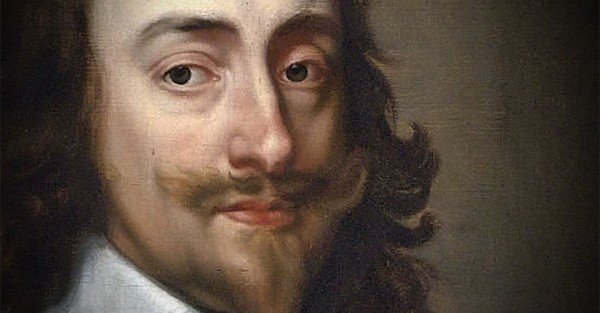 Even before his coronation in 1626, King Charles I of England was almost bankrupt.

His predecessors King James and Queen Elizabeth had run the royal treasury down to almost nothing.

Costly war and military folly had taken its toll. The crown had simply wasted far too much money, and brought in too little.

To make matters worse, King Charles was constantly at odds with parliament.

Parliament refused to pass the taxes that Charles needed to make ends meet. But at the same time, the King was legally unable to levy his own taxes without parliamentary approval.

So, faced with financial desperation, he began to look for alternative ways to raise revenue.

One way was relying on practically ancient, obscure laws to penalize his subjects.

The Distraint of Knighthood, for example, was based on an act from 1278, roughly three and a half centuries before Charles’ coronation.

The Act gave him the legal authority to fine all men with a minimum level of income who did not present themselves in person at his coronation.

Charles also commandeered vast amounts of land, restoring the boundaries of the royal forests to where they had been during the time of King Edward I in the 13th century.

He then fined anyone who encroached on the land, and resold much of it to industries that were supportive of his reign.

King Charles even resorted to begging; in July 1626, he requested that his subjects “lovingly, freely, and voluntarily” give him money.

When that didn’t work, the King levied a Forced Loan, effectively confiscating people’s funds under the guise of ‘borrowing’ it.

Emboldened by his success, Charles eventually seized assets directly, including all the gold on deposit being held at the Royal Mint– money that belonged to the merchants and goldsmiths of England.

At one point Charles even forced the East India Company to ‘loan’ him their pepper and spice inventory. He subsequently sold the products at a steep loss.

If any of this sounds familiar, it should.

Today there is no shortage of nations facing fiscal desperation. Most of Europe. Japan. The United States.

In the Land of the Free, the government has spent years… decades… engaged in the most wasteful folly, from multi-trillion dollar wars to a multi-billion dollar website.

US debt just hit $19 trillion a few days ago. And it’s only going higher.

We can already see the government’s financial desperation.

Over the years, the government has effectively levied a ‘forced loan’ totaling more than $2.6 trillion on the Social Security Trust Fund, whose ultimate beneficiaries are the taxpayers of the United States.

Last year the government stole more from Americans through ‘Civil Asset Forfeiture’ than all the thieves in the United States combined.

In December, the US government confiscated $19.3 billion from the Federal Reserve, which, by the way, was already very thinly capitalized.

Even if you want to believe the propaganda, it’s clear that these are not the actions of a healthy, solvent government that embraces liberty.

In fact, the government published over 80,000 pages of laws, bills, regulations, and executive orders last year. Just this morning they published another 308 pages.

It’s impossible for anyone to keep up with all of these rules. And yet each can carry civil and criminal penalties, including a fine now for not having health insurance.

As Mark Twain used to say, history may not repeat, but it certainly rhymes.

Financially insolvent governments of major superpowers do not simply go gentle into that good night.

They don’t suddenly turn over a new leaf and start embracing economic freedom.

Instead, they get worse. More desperate. More destructive.

Should we honestly believe that they can continue racking up more debt than has ever existed in the history of the world without any consequences?

This is madness. At some point, fiscal reality always catches up. Maybe not at $19 trillion. Maybe not even at $20 trillion.

Maybe it takes 3 months. Or 3 years. But somewhere out there is a straw that can break the camel’s back. And that has serious consequences.

Never forget that if something is predictable, then it’s also preventable.

And facing such obvious trends, it makes all the sense in the world to take some simple, rational steps to put together your own Plan B.