My own terrible experience with simultaneous deflation AND inflation 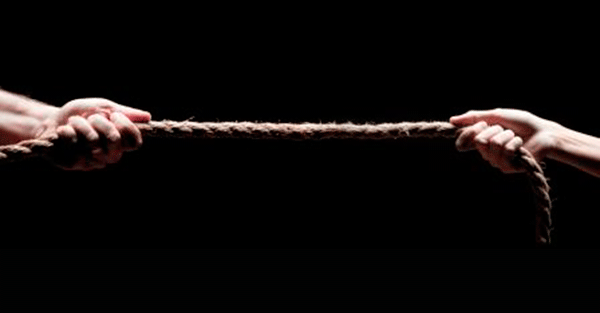 Yesterday was a pretty big day.

First (and perhaps most importantly) my post-Italy no carb detox came to an end. Hooray for that.

Second, I signed the papers and closed on a new apartment here in Santiago.

It’s a great time to be buying in Chile for anyone spending US dollars. The peso is weak, as is the economy. So asset prices are very cheap.

Simultaneously, by any objective metric, the US dollar is enormously overvalued. So I ‘sold’ what was overvalued and bought what was undervalued.

It was a great deal– it’s a spacious penthouse flat encompassing an entire floor in the nicest part of town, all for less than what a down payment would cost me in the US or Europe.

Hell, given the million-dollar price tag for some parking spots in New York City now, you could have several of my apartments for that much.

I don’t have any illusions about a personal residence being an ‘investment’. But if I need to sell at some point down the road, I expect to do quite well.

Not that I’m going anywhere anytime soon. Between our thriving agricultural project and the dozens of employees we have across three companies, I’m definitely planting a giant flag in Chile for the foreseeable future.

And buying an apartment here certainly underscores that sentiment.

This is a big move for me because I’ve been nomadic for so long; the last time I bought a personal residence was well over a decade ago when I left the military.

My father (my biological father, as I also have a step father) had terminal brain cancer of a particularly nasty variety known as glioblastoma.

So when I left the Army, I thought it a good idea to move back to Dallas to be closer to him and the rest of the family, and I ended up buying a condo in the upscale Turtle Creek district.

Besides, property prices in that area never went bonkers to begin with, so the price I paid was quite reasonable.

My father died two years later, and, as I had already been traveling substantially at that point, I put the condo up for rent and left the city for good.

That was nearly ten years ago.

I still own the place; in fact, it’s the only asset I still have in the US. But recently someone from the property management company approached me and asked if I would be willing to sell.

She did some calculations and came back to me with a figure so ridiculous I had to independently verify it with multiple real estate agents.

And I don’t mean “ridiculous” in a good way.

She told me that my property was basically worth 10% LESS than what I had paid more than a decade ago.

Come again? I could hardly believe it.

Then I started doing some thinking… and looking back at old records. The amount of rent that I’m receiving now is actually 15% LESS than what I got back in 2006.

Yet simultaneously both my property taxes AND home owners’ dues have more than doubled.

It’s one of the worst possible outcomes. And it illustrates a key point: it’s possible to have BOTH inflation AND deflation at the same time.

In this case, it’s a clear example of asset price DEFLATION with cost (or retail price) INFLATION.

This is not a unique situation; there are scores of examples throughout modern financial history.

During the Asian Financial Crisis in the 1990s, for example, many of the Asian Tigers experienced this dual inflation/deflation phenomenon.

I’ve seen it recently across my travels, including in southern Europe and even here in Chile.

Central bankers are at the end of their rope. They’ve conjured literally trillions of currency units out of thin air, creating epic risk bubbles that nearly anyone with a pulse recognizes as unsustainable.

One of the great financial debates of our time is whether all the unprecedented central bank monetary policy around the world will cause inflation or deflation.

The question is whether the endgame results in inflation or deflation.

I’m here to tell you that we absolutely can have BOTH. And we likely will.

As my own experience suggests, it may already be creeping up on us.