Netflix lost $17.8 million for each of its 112 Emmy nominations 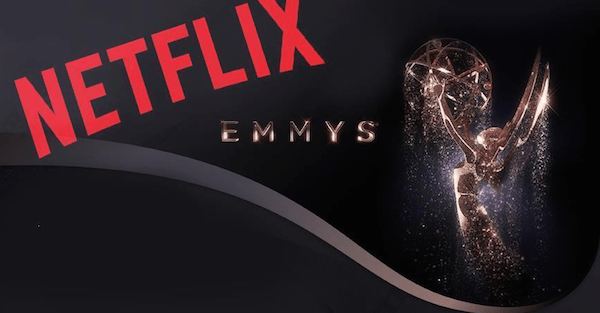 It was only a few day ago that Netflix was riding high.

The streaming company had been nominated for a whopping 112 Emmy awards, more than any other network.

And they’d further managed to unseat HBO’s 17-year reign as the undisputed king of Emmy nominations.

That’s all fine and good. Netflix certainly has some great shows.

But reality started to set in yesterday afternoon when the company reported its quarterly financial results… and the numbers were definitely two thumbs down.

For some painfully idiotic reason, analysts seem to judge Netflix by a single benchmark: the number of subscribers.

I say this is ‘painfully idiotic’ because Netflix loses money year after year. The more subscribers they bring in, the more money they lose.

At the end of 2015, for example, Netflix had 75 million subscribers. But its Free Cash Flow was NEGATIVE $920 million.

The following year, Netflix had grown its subscriber base to 93 million. Yet its Free Cash Flow had sunk even further to negative $1.65 billion.

By the end of 2017, Netflix subscribers totaled 117 million. But the company burned through $2.02 billion.

So when you do the math, you see that each Emmy nomination this year cost Netflix $17.8 million.

Clearly the more ‘successful’ Netflix becomes, whether in the quality of its content, or in attracting subscribers, the more money they lose.

Yet the stock surges ever higher. It’s truly bizarre.

Well, it all came crashing down yesterday when Netflix announced growth figures that no longer defied gravity.

Total subscribers came in at below the level that analysts had forecast… and the selling began almost immediately.

In after-hours trading, the stock plummeted by more than $50, around 12%.

Now, maybe the stock rebounds today. Or maybe it falls even more. Day to day fluctuations are impossible to predict.

What we do know for certain is that businesses exist to make money for their shareholders. That’s sort of the point.

And, sure, some business models do require losing money for a few years and burning through cash before achieving positive Free Cash Flow.

But Netflix doesn’t appear to have any plans to make money in the foreseeable future.

Instead, they’re going deeper into debt to spend more money on content.

By Netflix’s own estimates, the company expects to burn $4 billion of cash this year.

Bear in mind the company also has to compete with the likes of Disney, CBS, AT&T, Apple, Amazon, etc., all of which have their own streaming services and typically have much deeper pockets.

Amazon is also streaming live sports… and even video games. Plus Amazon is rolling out its own highly acclaimed original content.

Even Google is now in the original content business, having launched Youtube Red recently (and it’s most excellent Cobra Kai series.)

Then there’s HBO, which also cranks out fantastic original content… but also manages to make plenty of money for its parent company.

It’s not to say that Netflix can’t pull it off, or that the company is going under.

But it seems silly for a company that has such stiff competition, such major headwinds, such a serious cash burn, to be valued at such a ridiculously high price.

Sure, there is a chance that Netflix is able to best Google, Amazon, Apple, Facebook, CBS, AT&T, Disney, etc., and manage to (at some point in the future) generate huge Free Cash Flow for its shareholders.

But the stock is priced as if they’ve already succeeded as if it’s ten years later and Netflix has beaten the pants off its competitors.

One of the most important lessons I learned about investing long ago is that you only pay what something is worth RIGHT NOW.

(As a value investor, in fact, I prefer to pay far LESS than what an asset is worth right now.)

You don’t pay what an investment -could- be worth in the future after a ton of work, time, and a little bit of luck.

Years ago I used to invest heavily in real estate, and I can remember people trying to sell me a building by bragging about how much it could be worth once I’ve replaced the roof and cleaned out all the deadbeat tenants.

Yep, the building could definitely be worth a lot more.

But I wasn’t about to write a check for what it -could- be worth. I was only willing to pay what it was worth at that time… which was a hell of a lot less.

We call this phenomenon being ‘priced for perfection’ when an asset is selling as if the business plan has already been accomplished.

When a company is priced for perfection, it only takes one tiny pin to pop that bubble.

That’s what happened yesterday with Netflix: they missed their subscriber numbers, and $16 billion of wealth was wiped out in a matter of minutes.

If anything, it’s a good indication for how quickly an asset that’s priced for perfection can crash.

And there are a lot of those out there.