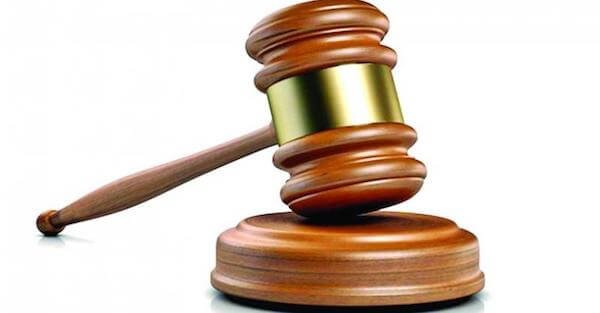 It was mid-September in 1683, almost 335 years ago to the day. Turkish forces of the Ottoman Empire surrounded Vienna, one of the most strategic cities in Europe at the time.

Controlling Vienna meant controlling the Danube River, which flows from Western Germany to the Black Sea, providing critical access for the Ottomans to invade the rest of Europe.

The Holy Roman Emperor, Leopold I seemed to abandon Vienna with the bulk of his forces as the Ottoman Turks advanced. He left only a vastly outnumbered garrison to protect the walled city.

The Ottoman’s laid siege to Vienna. Though the inhabitants were hungry and short on supplies, they continued to hold out, repelling every Ottoman assault.

Finally the Ottomans mined under the city walls to place explosives. The outer wall was breached, and all seemed hopeless for Vienna.

But Leopold I had not really abandoned the city. He had been rallying troops in Poland, Germany, and Lithuania, convincing tens of thousands of soldiers to defend the city.

They all understood that it would mean doom for the rest of Europe if the Ottoman Turks took Vienna. It was a war for their very way of life.

The combined European armies arrived just in time, and the decisive battle began at 4am on September 12, 1683.

It lasted the entire day until, just before sundown, Polish King Jan III Sobieski led nearly 20,000 cavalrymen to attack the remaining Ottoman lines in what would become the largest known cavalry charge in human history.

The cavalry charge was successful, and European forces vanquished the Ottoman invaders.

Just imagine how different life would be if they hadn’t–

Ottoman rulers had long closed their empire off to intellectual, scientific, and technological advancement. Corruption and ignorance were rampant.

In 1515 Ottoman Sultan Selim I threatened the death penalty to anyone caught using a printing press.

For hundreds of years, in fact, the only western book on science that was allowed into the Ottoman Empire was a medical text on the treatment of syphilis.

If the Ottoman Empire had taken Vienna, it’s hard to imagine that there would have been a Renaissance or Age of Enlightenment. Human civilization could have been set back for centuries.

The differences are as stark as they would likely had been if the Nazis had won World War II.

Sadly this is no longer the case. Prosperity is in short supply in Europe these days, where countries like Italy and Greece are in a tailspin due to massive government debt (despite some of the highest taxes in the world).

Unemployment rates across much of the continent are appalling. Failing banks need constant bailouts. The disastrously low fertility rate has created a time bomb for most national pension funds.

Reason and common sense are also in short supply.

Case in point: a few weeks ago the government of the Netherlands charged and prosecuted one of its own citizens, a 64-year old Dutchman from the town of Sittard near the German border, for sending angry emails to the President of Turkey.

You read that correctly. The Dutch government prosecuted a Dutch citizen living on Dutch soil because he insulted a foreign government official.

Bear in mind, that foreign government official is Recep Erdogan, who has basically been dictator of Turkey since the early 2000s.

When it comes to ruling with an iron fist, Erdogan makes Vladimir Putin look like a pathetic amateur.

So this Dutchman sent Erdogan several angry emails, comparing him to Hitler and calling him a “goat fucker”.

This isn’t the first time something like this has happened either. Two years ago, a German comedian read an offensive poem on German television about Erdogan, calling the dictator a goat fucker. I’m sensing a theme here. . .

Charges were eventually dropped, but portions of the German poem remain banned.

Now something similar is happening in the Netherlands.

You’d think these governments would be a little bit more preoccupied with the looming social and economic disasters they’re facing.

But no. Europe is so concerned about the delicate sensibilities of Recep Erdogan that they throw away the most basic freedoms of their own citizens.

To appease a dictator, politicians trample freedom of expression… something that is supposed to be the hallmark of Western civilization.

It’s incredible when you compare this to what happened more than three centuries ago when a union of European nations held off the Ottoman Turkish invasion in 1683.

Now European Union nations have laid themselves down at the foot of the Turkish president. And I don’t see the cavalry riding in to save them this time around.