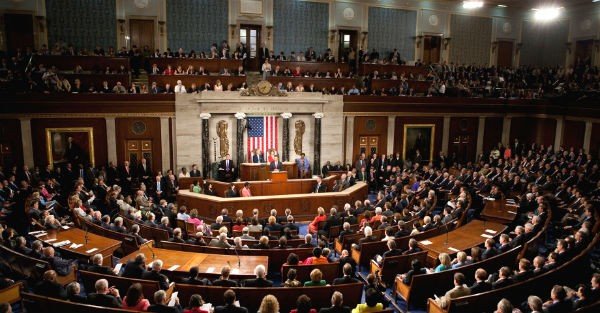 Say hello to the next financial crisis, brought to you courtesy of the dumbest new bill of the week: H.R. 5148: Access to Affordable Mortgages Act.

Ordinarily whenever an individual wants to borrow money for a mortgage, the bank conducts due diligence… both on the borrower as well as the property.

It’s in the banks’ interest (as well as the banks’ depositors) to ensure that the property is at least worth as much as the amount being borrowed. Duh.

Congress doesn’t agree. Apparently when banks conduct property appraisals, that seems to unfairly discriminate against some segment of the population trying to buy crap properties.

And we certainly can’t have that going on in the Land of the Free.

Curiously, this legislation reverses several provisions in the 1968 ‘Truth in Lending Act’.

It’s as if Congress is now anti- Truth in Lending and pro- whatever the hell gets the money on the street.

And of course, all of this comes at a time when mortgage rates are still near their all-time lows.

You can borrow money to buy a home today at just 4%. That’s less than half the long-term average of 8.5%, and a fraction of the 16%+ people were stuck paying 30 years ago.

Isn’t paying 4% affordable enough? Nope. Not according to Congress.

So now they’re trying to engineer yet another financial crisis by encouraging banks and other lenders to exercise minimal due diligence on their mortgage portfolio.

This comes at a pivotal time. US banks are only now just barely starting to recapitalize after the early days of the financial crisis.

They’ve unloaded their toxic assets to the US government and Federal Reserve.

They’ve borrowed money at essentially 0% from the Fed and loaned it to the Treasury Department at interest (the mother of all scams).

After six years of these freebies and taxpayer-funded bailouts, bank balance sheets are only now starting to clear up.

So what does Congress do? They propose a new law to screw up bank balance sheets all over again.

It’s idiocy on an epic scale… and it makes one wonder what team of monkeys is coming up with these ideas.