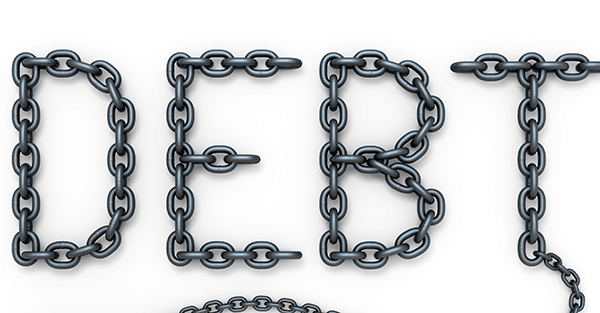 The US government’s debt is getting close to reaching another round number—$18 trillion. It currently stands at more than $17.9 trillion.

But what does that really mean? It’s such an abstract number that it’s hard to imagine it. Can you genuinely understand it beyond just being a ridiculously large number?

Just like humans find it really hard to comprehend the vastness of the universe. We know it’s huge, but what does that mean? It’s so many times greater than anything we know or have experienced.

German astronomer and mathematician Friedrich Bessel managed to successfully measure the distance from Earth to a star other than our sun in the 19th century. But he realized that his measurements meant nothing to people as they were. They were too abstract.

So he came up with the idea of a “light-year” to help people get a better understanding of just how far it really is. And rather than using a measurement of distance, he chose to use one of time.

The idea was that since we—or at least scientists—know what the speed of light is, by representing the distance in terms of how long it would take for light to travel that distance, we might be able to comprehend that distance.

Ultimately using a metric we are familiar with to understand one with which we aren’t.

Why don’t we try to do the same with another thing in the universe that’s incomprehensibly large today—the debt of the US government?

Even more incredible than the debt owed right now is what’s owed down the line from all the promises politicians have been making decade after decade. These unfunded liabilities come to an astonishing $116.2 trillion.

These numbers are so big in fact, I think we might need to follow Bessel’s lead and come up with an entire new measurement to grasp them.

Like light-years, we could try to understand these amounts in terms of how long it would take to pay them off. We can even call them “work-years”.

So let’s see—the Social Security Administration just released data for the average yearly salary in the US in fiscal year that just ended. It stands at $44,888.16.

The current debt level of over $17.9 trillion would thus take more than 398 million years of working at the average wage to pay off.

This means that even if every man, woman and child in the United States would work for one year just to help pay off the debt the government has piled on in their name, it still wouldn’t be enough.

Mind you that this means contributing everything you earn, without taking anything for your basic needs—which equates to slavery.

Now, rather than saying that the national debt is reaching $18 trillion, which means nothing to most people, you could say that the debt would currently take almost 400 million work-years to pay off. Wow.

When accounting for unfunded liabilities, the work-years necessary to pay off the debt amount to astonishing 2.38 BILLION work-years…

And the years of slavery required are only growing.

As an amount alone the debt is meaningless, but in terms of your future enslavement it can be better understood.

To put this in perspective even further—what was the situation like previously?

So just from the turn of the century, we’ve seen the time it would take to pay off the national debt more than double. That means that more than twice as many future generations have been indebted to the system in just 14 years.

It sounds terrible, and it is. But remember, your future generations will only be indebted if you let them be.

What the US government does may affect everyone, but it’s up to you whether or not you and your children are directly enslaved and tied to the system.

Break your chains while you can and set yourself and your offspring free.