New study: the middle class is collapsing in the United States 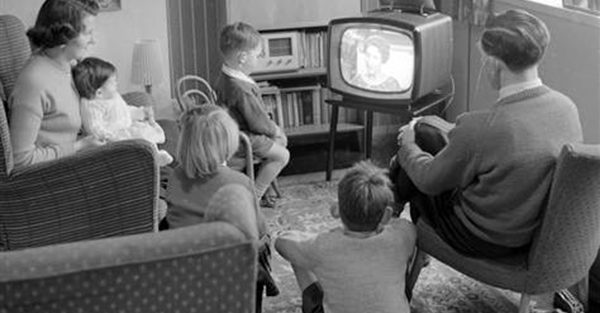 These days, it typically takes two working parents just to be able to afford a comfortable standard of living. And even then, just barely.

Today people have to borrow on their credit cards just to get by. And young people are forced to indebt themselves decades into the future simply to pay for an increasingly worthless university degree.

Bear in mind this was at a time when most households were still supported by a single income.

This means that the price of a piece of paper from university went from 33% of a single income to 86% of two incomes combined.

This is unbelievable cost increase that illustrates a very clear divide that’s forming in the West.

Yes—inflation exists. It’s hidden. It’s long-term. But it exists. And over a period of years… even decades… it changes the very fundamentals of civilization.

There are two primary forms of inflation. On one hand, there’s asset price inflation. This is when the value of stocks, bonds, and real estate goes up.

But if you’re a typical family that has to spend 95% of your household income just to get by, asset price inflation doesn’t really give a huge boost to the measly 5% of your income that you manage to save.

No, instead, the typical family suffers from the other inflation—retail price inflation.

This is when the cost of goods and services outpaces their wages year after year.

People easily lose track of this. But enough time passes and they find that now two parents have to work just to afford a basic lifestyle, quality food, medical care, and education that one parent used to provide.

Asset price inflation is something that primarily benefits the ultra wealthy.

When you only have to spend 5% of your income on living expenses, and 95% on investments, you stand to gain substantially when your investments increase in value.

This phenomenon has created one of the greatest transfers of wealth in history: one class of citizens getting richer at the expense of everyone else.

A new report just released by two academics at the London School of Economics and UC Berkeley shows just how rapidly the middle class is collapsing in the Land of the Free.

Now, this letter isn’t intended to rail against wealth inequality, or to suggest that we should be more ‘equal’.

Equality is a dangerous and impossible ideal to strive for. Every human being alive is different, and to suggest that we should all be the same or live according to the same standards is absurd.

And there’s nothing wrong with that. Wealth is a noble ideal; it’s nothing to apologize for.

But that path to accumulate wealth is now all but dead.

The Land of the Free used to be a place where you could work hard and build wealth for yourself, either by starting a business, taking some investment risk, or working your way up the chain.

Yet today, authorities chase away children who have the audacity to operate a lemonade stand without a permit.

The nanny state legally bars most grown adults from investing their own savings in lucrative private enterprises, forcing the masses into overheated, central bank- manipulated stocks and bonds.

And today you’re lucky to work for the same company for more than a few years. As a colleague told me a few months ago, few people have careers anymore.

Instead, human beings are ‘rented’ by companies to perform tasks. There’s no longer a career track, growth, or significant advancement.

All of the old capitalist ideals have been replaced with compliance, obedience, and subservience to the state. They’ve managed to completely hollow out the middle class.

The ultra rich, meanwhile, continue to get rich.

Central bankers print money, and it pushes up the value of assets that the rich already own, making them even richer.

In other words, if you’re born rich, you stay rich. If you’re not, it’s becoming harder to attain wealth. Talent and hard work matter less and less with each passing year.

This is dreadfully, terribly wrong.

The people in charge of this system have completely broken what capitalism is supposed to be. And they’ve replaced it with a new form of feudalism.

This is something that can’t possibly last.

All the technology and tools already exist for individuals to take the power back and divorce themselves from this reality.

You no longer have to live, work, and play in the same country where you were born.

You no longer have to hold the heavily manipulated, degraded currency that they destroy, or use the banking system that they control.

You no longer have to educate your children in the state-controlled school system, or feed your family the genetically-modified crap that the corn lobby bribes onto the store shelves.

You can break free. It’s a matter of choice.