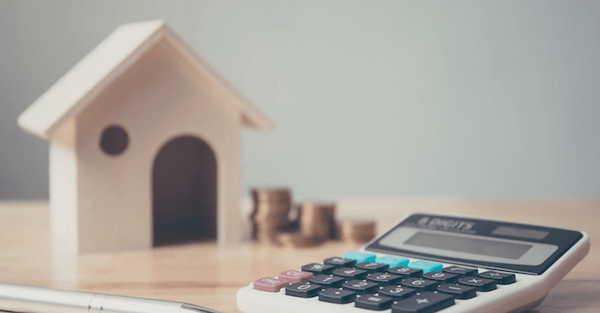 A few months ago, I wrote to you about how New York City wants to tax people who own second homes there.

They call it a pied-a-terre tax, and the geniuses behind it believe that it will help plug the city’s $1 billion budget shortfall.

Bill de Blasio himself, the mayor of New York City, has voiced his enthusiasm in soaking the rich.

Hedge fund manager Ken Griffin became one of the primary victims of this Bolshevik sentiment when he bought a $268 million condo in the city.

It wasn’t enough that Griffin will already pay millions of dollars in property taxes to the city. The pied-a-terre tax would milk him for another $9+ million per year.

(Shockingly, Griffin has recently decided to NOT move his corporate offices from Chicago to New York, as he had previously been considering.)

Real estate agents in New York were rightfully worried the law might crash the luxury market, so they lobbied to shelf the tax.

Lawmakers listened. And then came up with an even dumber idea: the Mansion Tax.

This was just announced last week. So, now, instead of paying the pied-a-terre tax, the Mansion Tax will cost people 4% on the value of luxury homes that they purchase.

(Bear in mind that property buyers in NYC already pay a 1% mansion tax on properties over $1 million, which barely gets you a few hundred square feet in Manhattan…)

This is pretty stupid. These lawmakers understand perfectly well that taxes can be used to influence consumer behavior.

That’s why they tax cigarettes, alcohol, and sugary drinks: they want to discourage people from consuming those products, so they tax them.

Even the child tax credit and spousal benefits can affect people’s behavior, influencing whether or not they have children or get married.

Politicians know that tax policy has significant social influence. So they’re kidding themselves if they don’t think this tax will discourage people from buying real estate in New York.

It’s similar to the way that New York chased Amazon away— a deal that would have created jobs and billions of dollars of income for the city.

The deal with Amazon was a win/win. The city would have had to invest almost NOTHING and receive tremendous benefit in return.

Amazon would have had access to talented employees and a nice tax incentive.

But these Bolsheviks can’t do a win/win deal. They can only structure win/lose deals– they win and you get nothing… otherwise no deal.

And so– people are leaving.

It’s not just New York; New Jersey lost hundreds of millions of its yearly tax revenue when they chased away just one wealthy taxpayer, who relocated to Florida.

But instead of reversing the tax after their mistake, New Jersey RAISED taxes even more to make up for the shortfall.

What’s even more startling is how POPULAR these policies are.

Even though they are chasing away productive businesses and talented citizens, these Bolshevik politicians are surging in popularity.

The dumber their ideas, the more popular they become.

Roughly HALF of Millennials (who happen to comprise the largest chunk of the population) now identify with socialism. And they love these idiotic, destructive ideas.

Howard Marks, the billionaire founder of Oaktree Capital, who manages $120 billion, commented about this in his recent memo.

And only capitalism is likely to cause the pie to continue to grow. The failure of non-capitalist systems to produce economic growth and prosperity is well-documented.”

He’s right. Every experiment with communism in the history of the world has always failed.

He goes on to quote Winston Churchill:

Sadly, more and more people seem to prefer that outcome.

That’s a big reason why I live in Puerto Rico now: because I know that I can’t change anyone’s mind.

People will continue to believe in the fairy tale of socialism despite so many examples of its utter failure (like Venezuela).

And any rational person should expect this fever to spread…

So have a Plan B. Don’t allow yourself to be victimized by anyone else’s failed ideology.

My Plan B was Puerto Rico. But it was such a compelling Plan B, Puerto Rico became my Plan A.

I live here because Puerto Rico falls outside of the Bolsheviks’ tax jurisdiction; here, you can pay just 4% on qualifying business income, and 0% on certain types of investment income (like capital gains).

And while New York (and other cities) jack up property tax rates, Puerto Rico is offering residents ZERO property tax on qualifying property for several years, as well as tax free gains when you sell your property in the future.

Even if the Bolsheviks raise taxes to 80%, or charge idiotic tax penalties on real estate, it won’t affect Puerto Rican residents.

If you don’t have the flexibility to move, there are plenty of other options– like maximizing tax-advantaged contributions to an IRA or 401(k).

Point is, there are plenty of legal means at your disposal to legitimately reduce the damage that they can do to you.

And it makes sense to start taking those steps now while the window of opportunity still exists.