Nightstick Democracy at its finest… 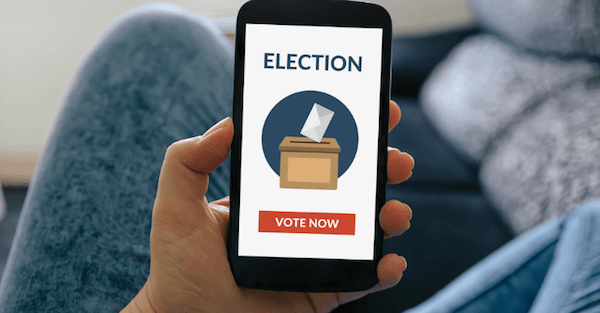 The last several days in Venezuela have been absolutely mind-blowing.

Pretty much all the stories you’ve heard are true– countless people eating out of garbage cans, the appalling shortages of basic staples like food, medicine, and even soap… and the lines.

The longest lines I saw, in fact, were not at grocery stores, but at banks.

Hundreds of people were queuing up, many of them to pull money out of their accounts to exchange cash on the black market.

Lines snaked through a bank’s cavernously large lobby, continued outside, wrapped around the entire building, and terminated at some point down the street.

Making a simple withdrawal can be an all-day affair.

Perhaps most surprising was how much Venezuela deteriorated since the last time I came here. And I’m concerned that it will continue to get worse… perhaps even much worse… until it gets better.

Venezuela is a manufacturer’s dream.

But none of those opportunities can come to pass until this government collapses and there’s a complete reset.

Undoubtedly the Venezuelan government will eventually run out of money, probably within the next two years. It’s nearly a mathematical certainty.

And when they’ll no longer be able to pay the scumbag police and military who shoot peaceful protesters in the face, it’ll be game over.

But until then they’re doing everything they can to strengthen their grip.

A few months ago the government held a sham election here, where citizens exercised their ‘democratic’ right to choose among a bunch of puppet candidates hand-selected by the government.

You can still see the billboards up across Caracas telling people to go vote between the choices given to them by the government. Freedom!

You’d think that such oppressive tactics to keep a population under control would only exist in brutal dictatorships like Venezuela or North Korea.

But then we witnessed the events in Spain over the weekend where millions of people in the Catalan region went out to vote on independence for their region.

The Spanish government loves democracy so much that they sent tens of thousands of police around the region to confiscate ballots, shut down polling stations, and beat-up peaceful citizens.

This is ‘Nightstick Democracy’ at its finest.

And in a most Orwellian statement, Spanish Prime Minister Mariano Rajoy told reporters later on Sunday that “there was no referendum in Catalonia today. . .”

It was like some Jedi mind trick trying to hide the fact that more than 2 million Catalans voted for independence.

I’m reminded of that old quote, often attributed to Soviet dictator Josef Stalin, that basically says “It’s not the people who vote that counts, it’s the people who count the votes.”

(According to the memoirs of Stalin’s personal secretary, the actual quote was “I consider it completely unimportant who in the party will vote, or how; but what is extraordinarily important is this– who will count the votes, and how.”)

This is pretty pathetic: we are ‘free’, as long as we only vote when they give us permission and choose among the options that they provide us.

A few months ago when writing about Venezuela, I concluded that blockchain technology could fix this.

Think about it– in 2017, it’s pretty ridiculous that people have to go down to a polling station to stuff a paper ballot into a box, all of which will be counted by hand.

Blockchain technology would ensure that everyone registered has exactly one vote, and that every vote is counted once.

No more lost ballots. No more tampering. No more miscounts and recounts. No more voter fraud.

Plus, blockchain voting can be cryptologically hashed to ensure secrecy, as well as provide an easy way for ANY candidate to be nominated.

And compared to the cost of legions of human beings required to supervise and count votes, in addition to the logistical cost of printing and moving all that paper, a Blockchain vote is MUCH cheaper.

This isn’t some far-fetched idea. These tools already exist, as do the means to implement them, including identity validation to ensure that every registrant is eligible to vote.

When the game is rigged, there are really only two choices available: stop playing. Or change the game.

And this is absolutely game-changing technology.