No inflation Friday: 42.4% increase in the price of being… poor? 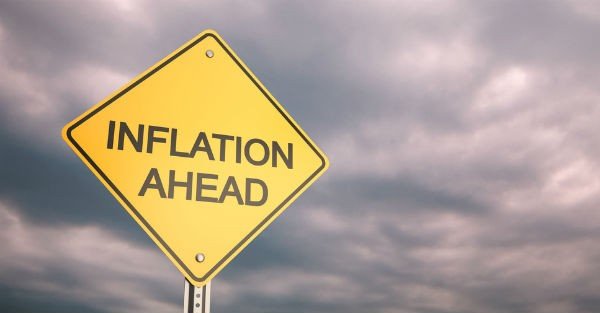 One of the most intellectually disingenuous statements made by western policymakers is that inflation is tame… nonexistent.

For example, the minutes released this week from the most recent Federal Reserve policy meeting said that the Fed saw NO inflation risk in ‘fueling job growth’ [i.e. printing money].

So by their own admission, the Fed thinks they can conjure hundreds of billions of dollars out of thin air without any consequences whatsoever. Zero risk.

Every time I hear something like this it just makes my skin crawl… and I always think, “go get on a plane.”

Inflation is out there in the rest of the world. To deny its existence is massively arrogant, insensitive, and just plain wrong.

Foreign central banks, particularly in developing countries, are desperately trying to expand their money supplies as rapidly as the Fed is expanding the supply of dollars.

While the Fed expanded total credit by more than 20% last year, places like Indonesia are straining the system to expand at half that rate.

Yet inflation in Indonesia (officially) is north of 7%, and on the street much higher.

The US can get away with printing lots of money. At least for now.

The rest of the world is induced to mop up US dollars; foreigners buy US bonds and hold US dollars as reserves overseas.

And since so many dollars are held outside of the US, there’s fewer of these freshly created dollars circulating within the US economy to push up the prices of goods and services.

But foreign countries can’t do that.

Nobody holds Indonesian rupiah as a major reserve currency, nor buying Indonesian government bonds as a cash equivalent.

As such, when Indonesia prints money, a lot of that money stays in the local economy. This means there’s more money chasing the same amount of goods and services.

And the only reason they’re printing so much money to begin with is because the US, Europe, and China are all doing it.

They call this ‘competitive devaluation’. If everyone else is reducing the value of their currencies, and you don’t, then suddenly your export commodities will be too expensive to sell abroad.

This is the death knell for emerging markets who generate growth through exports. And so, they print. They inflate.

Perhaps the most striking example is the World Bank, which is now considering a massive revision to how they define ‘poverty’.

The global poverty line used to be defined as living on $1/day or less. Then they had to increase that to $1.25 in 2008, since, even for the world’s most impoverished, one dollar wasn’t such a big sum anymore.

Now the World Bank is looking at increasing that poverty line even further, to $1.78. That’s a 42.4% increase.

All of this is because new economic data from Centre for Global Development and the Brookings Institution showed that the number of people living on less than $1.25 has halved.

It’s not because there are that many fewer poor people in the world. It’s that you can’t even be poor anymore on $1.25/day.

Thanks to all the money printing that has taken place around the world, it takes a much greater sum these days… just to be impoverished.

Not that there’s any inflation.