No Inflation Friday: 422% increase in price to leave the Land of the Free 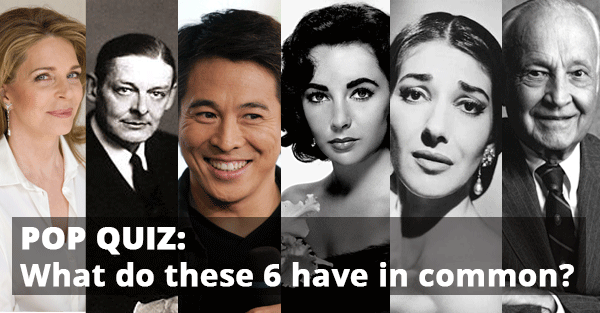 They are all former US citizens who went through the formal process of relinquishing or renouncing their citizenships. (Liz Taylor actually restored her US citizenship in the late 1970s)

Until a couple of years ago, there wasn’t much of a fuss about this. It was a rare occurrence for someone to renounce his/her citizenship.

Fast forward a few decades. The US government is now flat broke (actually in the red to the tune of $17 trillion) and resorting to chasing people to the ends of the earth to get their fair share of your lifetime earnings.

I have many friends overseas who are ‘accidental Americans’. A Panamanian, for example, who by accident of birth ended up a US citizen because her father was born in the Panama Canal Zone.

She lives her entire life in Panama… studying, working, building a business. Then one day she receives a note from the IRS demanding money.

They inform her that, as a US citizen, she is required to pay taxes on her worldwide income to Uncle Sam even though she has barely set foot on US soil. Then they command her to settle up.

Even for folks born and raised in the US, tax compliance has become epically aggressive.

The US tax code is among the most complicated on the planet. Yet the Land of the Free is one of the only ‘civilized’ countries in the world where even a simple misunderstanding can win you a new career turning big rocks into little rocks whilst wearing a Day-Glo orange jumpsuit.

In matters of taxation, you are presumed guilty unless you can prove your innocence.

They have threatened senior citizens with imprisonment and confiscated peoples’ entire life savings merely for failing to file a form.

For example, Anton Ginzburg was fined $1.5 million by the US Department of Justice in 2011. And frankly he got off easy. He faced up to five years in prison.

What was Mr. Ginzburg’s heinous crime? What nefarious deeds had this criminal mastermind perpetrated against a peaceful society?

He didn’t file a disclosure form to report his Swiss bank account.

Note– Mr. Ginzburg wasn’t accused of tax evasion. He was fully compliant in paying his fair share to the US government. He simply didn’t file a form.

This isn’t how a free society should function.

If a government has to collect taxes by terrorizing its people or sniffing out accidental citizens, something is obviously wrong with the tax policy. AND they way they spend it.

After all, who in good conscience wants to go their entire working lives supporting a government that wastes tax dollars on bombs, drones, spying on citizens, and bankrupting unborn generations?

It’s no wonder why the number of Americans renouncing their citizenship is increasing exponentially… and will likely continue to do so.

Back when Elizabeth Taylor and T.S. Eliot did it, it was so rare there was really no process. And no fee.

In fact, renouncing US citizenship was free of charge until a couple of years ago. Then, overnight, the State Department imposed a $450 fee.

In its explanation, the State Department whined that the costs of processing renunciations had simply become too high.

It’s curious that a government which denies inflation even exists would complain about the consequences of it.