No inflation Friday: How sport salaries reveal the true rate of inflation 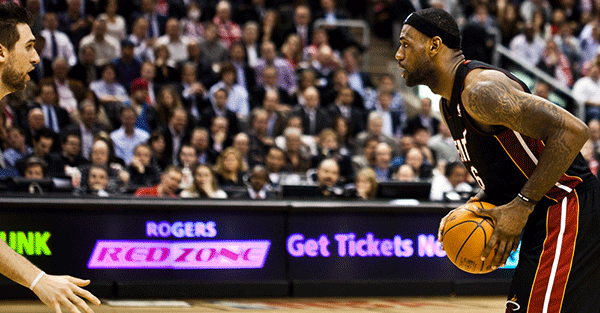 The new NBA season started this week. And with it the new salary cap for 2014-15 entered into force. It increased by 7.5% and is now at a record high of $63 million.

Yet another “all time high” in a world where everything seems to be hitting the moon.

Now it more than made up for it. Similar increases have been happening across the board in sports. Let’s look at the most popular sport around the world, soccer (or as it’s know in most places, football), as a credible example.

Transfer and wage amounts in soccer have risen markedly especially since the European Central Bank President Mario Draghi vowed to do “whatever it takes” to save the euro two years ago and since the Bank of England has been flooding the market with pounds at an annualized growth rate of more than 20% in recent years.

Everyone expected that it was a giant aberration when Real Madrid paid 94 million euros for Manchester United’s Portuguese star Cristiano Ronaldo in 2009 and that the record will hold for years to come.

Yet it was swiftly broken last year when Real spent 100 million euros on Gareth Bale from Tottenham. Of the ten highest transfers in soccer of all time, seven happened since last year’s summer.

20 clubs in the English Premier League spent a record $1.3 billion on transfers during the latest transfer window in July and August. That blew away the previous high of just over $1 billion set a year earlier.

What’s especially striking is how amounts in the tens of millions have spiraled and are now easily spent on players considered nowhere near the top of the game, such as the combined 100 million euros spent by Zenit Saint Petersburg on Axel Witsel and Hulk from Porto.

Rapidly increasing sport salaries and transfer fees are just another indication of how much money has been injected into circulation by the world’s central banks in recent years.

According to the Bureau of Labor Statistic’s Consumer Price Index, inflation in the US is at 1.7%.

Instinctively you know that’s nowhere near the truth. The price of everything is going up. Food. Tuition. Health Care. Movie tickets.

Curiously, wage growth hasn’t kept up (unless you’re a pro-athlete). Adjusted for inflation, the average guy is worse off than he was 14 years ago.

And that’s using the official rate of inflation. If inflation rates were still tracked the same way they were until the 1980s, then the actual number today would be closer to 9.4%.

The government has changed the way they track inflation twice since then because a number of government programs include automatic payment adjustments for rises in inflation.

They’re deliberately keeping people misinformed and screwing them over.

And the biggest losers are those that actually, you know, save and produce more than they consume, as well as those on fixed incomes—they get hit the hardest as the purchasing power of their dollars constantly declines.