Nobel Prize winner says US should “get rid of currency” 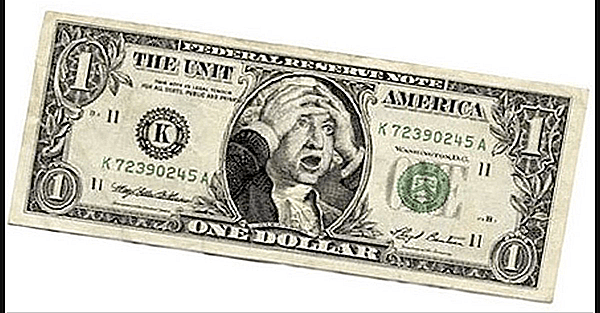 In the mid-1800s at a time when the United Kingdom was still the dominant superpower in the world, an English scientist named Francis Galton wrote a series of papers arguing for the selective breeding of human beings.

The concept was that genius and talent were hereditary traits passed from generation to generation, and that, to ensure the growth of our species, the best and brightest should be bred like cattle.

Scientists soon began taking measurements of nose angles and forehead slopes in order to establish a correlation between a physical features and talent.

The scientific community concluded that a person with certain physical features was predisposed for great success and achievement.

But it worked both ways.

If your forehead was too wide, or your nose to jaw ratio too slight, you were viewed as morally and intellectually inferior.

Given that many races share similar physical features, this phony science became the moral justification for segregation, slavery, and even genocide.

Today our species is clearly more enlightened, and we can stand amazed that such ridiculous ideas used to be taken seriously.

There will come a time, however, when our descendents say the same thing about us.

Case in point: half a world away at the World Economic Forum in Davos, Switzerland, Nobel Laureate economist Joseph Stiglitz made remarks earlier this week that the US should “get rid of currency.”

You guessed it. Stiglitz suggests that regular people don’t need paper money, and that it’s only useful for drug dealers, terrorists, tax evaders, and money launders.

This thinking is so 20th century, and it’s simply wrong.

ISIS is a great example.

The US military has literally blown up more than a billion dollars worth of ISIS’s stockpiles of physical cash during airstrikes.

But this hasn’t affected their terrorist activities one bit.

Professor Stiglitz has likely never been anywhere near a terrorist, so he likely doesn’t have a clue how they conduct financial transactions.

Again, this thinking only highlights a Dark Ages mentality.

No matter what you’re selling on a street corner, whether it’s hot dogs or marijuana, there are plenty of solutions (like Stripe, Square, or PayPal) to easily allow anyone to accept credit card payments.

But these intellectuals seem stuck in a Pablo Escobar fantasy that drug dealers have entire rooms filled with cash.

What Stiglitz, and perhaps many law enforcement agencies, fail to realize is that one of the biggest tools in masking illegal activity is actually Amazon.com.

If you’re looking to quietly and easily pay large sums of money, even tens of thousands of dollars, you can do so with Amazon gift cards.

Amazon sells just about everything on the planet, so its gift cards can either be spent or quickly resold for cash.

Curiously there are no loud, universal calls to ban Amazon gift cards. That’s because these policymakers and academics are stuck in the 1980s.

Instead, they’ve nearly all jumped on board the “cash ban” bandwagon.

These guys just don’t get it.

It’s about having a choice.

Any rational person who actually looks at the numbers in the banking system has to be concerned.

In many parts of the world, banks are pitifully capitalized and EXTREMELY illiquid.

This is especially the case in Europe right now where entire nations’ banking systems are teetering on insolvency.

In the United States, liquidity is also quite low, and banks play all sorts of accounting games to hide their true financial condition.

Plus, never forget that the moment you deposit funds at a bank, it’s no longer YOUR money. It’s the bank’s money.

As a depositor, you’re nothing more than an unsecured creditor of the bank, and they have the power to freeze you out of your life’s savings without even giving you a courtesy call.

If you don’t want to keep 100% of your savings tied up in a system that’s rigged against you and has a long history of screwing its customers, you can instead choose to hold physical cash.

There’s very little downside in doing this, especially since most people are barely making any interest in their checking accounts anyhow.

Physical cash means there is no one else standing between you and your savings.

But Professor Stiglitz and his colleagues don’t want that.

They want a massive, centralized bureaucracy to have control over your savings.

This, coming from a man wrote in his 2012 book The Price of Inequality,

“[T]he success of [Apple and Google], and indeed the viability of our entire economy, depends heavily on a well-performing public sector. There are creative entrepreneurs all over the world. What makes a difference. . . is the government.”

Sam Walton, Richard Branson, Steve Jobs, and millions of other entrepreneurs are apparently worthless. To paraphrase Barack Obama, “They didn’t build that.”

All that matters is the government.

Just like his call to eliminate cash, Stiglitz’s entire book is an impassioned argument for MORE centralization and government control.

Stiglitz’s ideas are what pass as science today.

And one day our future descendants will look back on our own time and wonder how so many people could have allowed themselves to be fooled.