Obama continues to be humiliated by the rising anti-dollar alliance 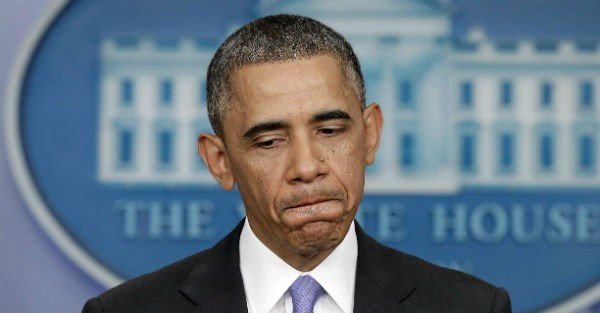 Now it’s Austria, Switzerland, and Australia that have joined dozens of other countries around the world in the anti-dollar alliance.

These nations, which also include most US ‘allies’ in Western Europe like Germany, France and the UK, have all signed on to be founding members of China’s new Asia Infrastructure Investment Bank (AIIB).

The AIIB is the biggest disruption to the global monetary system since the end of World War II.

For decades, global finance has been completely dominated by the United States… and the US dollar.

This is the reason why a transaction for oil between Bangladesh and Brazil will close and settle in US dollars.

It’s why a French aircraft manufacturer will sell its jets to European airlines… not in euros, but in US dollars.

It’s why a contract for aluminium traded in London will clear in US dollars.

Nearly every major financial or commodity contract in the world is priced in US dollars.

And this requires that the entire world not only holds US dollars in order to engage in trade, but to also use the US banking system.

This has put the United States in a position of unparalleled privilege.

Think about it—the rest of the world placed its trust and confidence in the US banking system, the US government, and the US dollar.

And in return, this privilege has afforded the United States the opportunity to indebt itself more than any other nation in the history of the world, quintuple its money supply, and wage endless wars overseas… all with relatively minor consequences.

But here’s the thing: the US has been conspicuously abusing this privilege for years. They’ve taken things too far.

Debt levels are so obscene it’s now almost mathematically impossible for the US to ever pay it off.

The US banking system led the world into the greatest financial crisis it had seen since the Great Depression.

The US government now even brazenly spies on its own allies.

This isn’t how you maintain the trust and confidence of the rest of the world.

Nearly every other nation out there has had enough. And they’re locking arms with China’s new AIIB in a clear sign of alignment against the US government and the US dollar.

What’s really incredible is how China was able to convince European nations to join AIIB.

Unlike, say, the World Bank, which is totally dominated by the United States, China freely gave up veto power in AIIB… showing willingness to SHARE POWER with other nations.

This is something that the United States government has never been willing to do.

Of course, the Obama administration has vigorously protested this move by its allies and has gone on the offensive to discredit the AIIB.

As US Treasury Secretary Jacob Lew told Congress last week, “Our concern has always been—will [AIIB] adhere to the kinds of high standards that the international financial institutions developed…”

Yeah right… because the US financial system upholds such high standards of international finance. What a farce.

(Lew also told Congress that “[o]ur international credibility and influence are being threatened…” File that one under ‘no shit, Sherlock.’)

And yet, despite all the grumbling from the United States, allies are still jumping into bed with China.

Now with its back against the wall, the US is finally starting to acknowledge reality… suggesting that it might possibly be willing to ‘work with’ the AIIB.

To paraphrase Gandhi in this context:

The US first ignored China’s rise and AIIB. Then they laughed at it. Then they tried to fight it. And then China won.