Obama on pace to increase the debt by $2.4 trillion this year 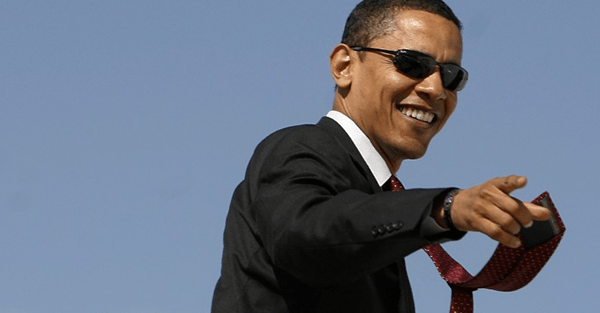 OK, this is pretty nuts.

According to data released by the Treasury Department yesterday, the US national debt has soared by a whopping $294 billion since the start of the 2017 fiscal year, just 45 days ago.

That’s an annualized increase of 13%.

So if they keep up this pace, the national debt will increase by $2.4 trillion this fiscal year, surpassing $21 trillion by next September.

It’s hard to believe how rapidly the debt is growing; debt growth is far outpacing the growth of the US economy… and there’s no way to pretend that this is good news.

Nobel Laureate Paul Krugman says “debt is good” because the US economy has grown so much over the last 200 years despite not having been debt-free since 1835.

This kind of logic is astonishing.

Aside from a few anomalies like World War II and the American Civil War, debt levels over most of early American history were low.

Yet in Krugman’s view, the fact that America prospered a century ago when the debt was 7% of GDP means that the nation will continue to prosper with a debt at 106% of GDP.

Amazingly enough, Krugman has been awarded our society’s most esteemed prize for intellectual achievement. It boggles the mind.

To be fair, there is such a thing as “good debt” versus “bad debt”, and it’s not difficult to distinguish between the two.

If you can borrow money at 5% in order to make a safe investment that has a 25% return, for example, that may very well qualify as “good debt”.

If you borrow money at 5%… or even 1%… and then squander the borrowed funds on useless trinkets, that’s clearly “bad debt”.

In 1803, the startup US government negotiated the Louisiana Purchase from France, a real estate acquisition that doubled the size of the US.

It was the mother of all distress sales. France was desperate for cash, and the administration of Thomas Jefferson negotiated a price that valued the land at around $15 million.

Adjusted for inflation to 2016 dollars, Thomas Jefferson paid about 40 cents per acre to acquire the land that comprises fifteen states and has generated trillions in economic activity.

Naturally the US government had to borrow money that year to conclude the Louisiana Purchase with France, so the national debt increased slightly in 1804.

But when you consider the extraordinary economic benefit of that purchase, it clearly qualifies as “good debt”.

Fast-forward to our modern era and we see that the debt is increasing by more than a trillion dollars each year.

What are the good citizens of the United States receiving in exchange for taking on so much debt?

It’s not like the government bought up half of Mexico or colonized Mars.

No, instead they wasted $2 billion on the Obamacare website, most of which went to a company whose top executive just happens to be an old friend of Michelle Obama.

Today, the US government has to borrow money just to pay interest on the money it’s already borrowed. This is almost the textbook definition of bad debt…

In fact, the government now spends nearly all of its tax revenue just on mandatory entitlement programs like Social Security and Medicare, plus interest on the debt.

The real kicker is that Social Security and Medicare are massively underfunded and quickly running out of cash… so they’ll both require a major bailout (i.e. MORE debt).

Interest payments, meanwhile, total hundreds of billions of dollars each year even though interest rates are at record lows.

Today the government pays less than 2% interest on its debt.

Back then 5% was considered incredibly low compared to the higher interest rates of the 1980s and 1990s.

But today, 5% would bankrupt the US government. It’s pitiful.

So unless interest rates stay at these record lows forever (or perhaps go negative), the government’s interest payments are going to explode.

Excess debt has been responsible for bringing down some of the largest companies in the world. It bankrupts individuals.

And excess debt has caused the decline of some of the largest superpowers in the history of the world.

There are a lot of people, led by their cheerleader Paul Krugman, who outright ignore this problem and pretend that the US government can continue expanding its debt forever without ever suffering a single consequence.

And I know there are a lot of people keeping their fingers crossed hoping that a new administration will steer the ship in the right direction.

Look, I’m all for hope and optimism.

But it’s important to stay rational. These problems aren’t going away.

And you won’t be worse off for having a Plan B that provides solid protection from the consequences of these obvious trends.