On the ground in Iraq: something doesn’t add up here… 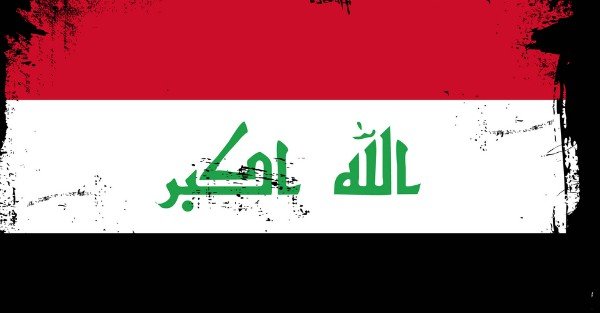 More than eleven years ago, I was among tens of thousands of troops baking in the hot sun of the Kuwaiti desert waiting for George W. Bush to make his ‘decision’.

Of course it was total baloney. The decision to invade Iraq had already been made. They just needed more time to spin their story about WMDs… and to promise the American media ‘Shock and Awe’.

The were right about the latter: the forces assembled in Kuwait constituted one of the most well-trained, well-equipped in the history of warfare.

And it was just a matter of weeks before CFLCC (Coalition Forces Land Component Command, pronounced ‘see flick’) had taken control of most of Iraq.

From a tactical perspective, this was nothing short of a modern miracle– the act of marshalling so many resources forward against enemy opposition is no small feat.

And as I’ve been back in this region for the last several days, I can’t shake that thought.

Because the story we’re being told now is that this militant group IS (same as ISIL, or ISIS) was able to take over nearly half of Iraq… in a matter of days.

IS rolled into Mosul with little more than pickup trucks and small arms, and they defeated a force nearly 20 times their size.

Granted, the Iraqi military isn’t exactly the world’s most elite.

A recent delegation from the United States came to Iraq a few weeks ago and judged the military to be mostly ‘combat ineffective’. Er, we can just file that one away under “no sh*t, Sherlock”…

This isn’t particular to Iraq, the entire region is in the same boat. The Saudi and Kuwaiti militaries are so undisciplined I expect they could be defeated by a crack paintball squad.

But we’re not talking about a tactically superior underdog besting an unwieldy, incompetent opponent… or some drawn-out, demoralizing guerilla war waged by clever insurgents.

Even presuming that IS would eventually beat the pants off the Iraqi military, the speed with which they accomplished this is hardly credible, especially compared to the 2003 US campaign.

It doesn’t add up. And yet IS has taken city after city this way.

Not to mention, the Kurdish intelligence chief had even handed over reports back in January to the CIA, MI6, and Iraqi military, indicating that a large militant force would attempt to invade northern Iraq.

In any situation, there are always winners and losers… so whether IS has plunged Iraq into ‘chaos’ really depends on who you ask.

The US government obviously holds the view that Iraq is disintegrating. But their fundamental premise is deeply flawed.

Iraq shouldn’t even exist. This country was conjured out of thin air by European bureaucrats after the first World War with no regard for ethnic or traditional boundaries.

British diplomat Sir Mark Sykes, an architect of Iraq, was reported to have looked over a map of the region and remarked, “I should like to draw a line from the ‘e’ in Acre to the last ‘k’ in Kirkuk.”

But it only seems natural that a nation born from such imperialistic dogma should break apart.

Meanwhile, if you ask the Kurds, they’ll tell you things are going remarkably well.

From where I sit right now, IS forces are within a few dozen miles on three sides. But there is hardly a tenor of concern here in Erbil.

Aside from a few normal checkpoints, there has been no security clampdown, public or private.

Last night at a restaurant my friends and I passed through a metal detector… only to find that it wasn’t even plugged in. And I ran into a ‘guard’ armed with nothing more than a whistle yesterday morning.

Much of this stems from supreme confidence in the Kurdish militia (Peshmerga), a well-equipped, force that numbers into the hundreds of thousands. And they’re just as committed as IS militants.

It was Peshmerga that took oil-rich Kirkuk a few weeks ago after Iraqi units abandoned the city (again, IS wasn’t even anywhere near the place… quite odd).

So in just a month’s time, the Kurds have managed to assert their autonomy, increase their oil holdings, take back their traditional capital (Kirkuk), and maintain security.

This is definitely NOT chaos.

Quite the opposite. This country has some of the most compelling opportunity in the world right now. More on that tomorrow.