One BIG problem with Bitcoin… 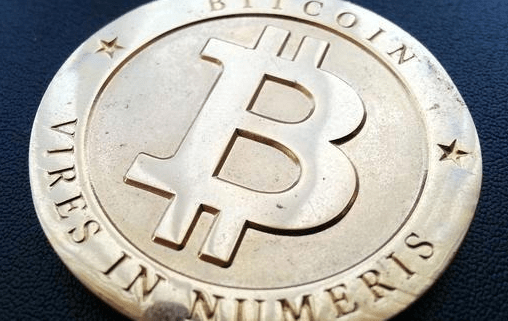 At this point, you’d pretty much have to be living under a rock to have not heard of Bitcoin.

I actually asked this question (‘have you been living under a rock?) to someone recently who proudly proclaimed that he had never heard of Bitcoin, almost expressing gratification in his ignorance of a game-changing model.

Bitcoin is on fire. Mainstream media coverage is everywhere.

Today, in fact, the Forex Industry Conference kicks off at the W Hotel here in Santiago. And the lunchtime workshop is featuring an hour-long panel on Bitcoin, including the folks behind Coin4ce.com, Chile’s largest Bitcoin trader.

No doubt, digital currency is a growing trend in Latin America… particularly in neighboring Argentina where the government has been nationalizing everything that isn’t nailed down.

The Argentine government has imposed a series of desperate capital controls and price controls, including severe restrictions on purchasing gold and foreign currencies.

Most Argentines have been left to suffer the terrible inflation and erosion of purchasing power that comes with holding a rapidly depreciating paper currency.

But for some Argentines, Bitcoin has been a salvation. And demand for the digital currency has soared in the country as people have realized that Bitcoin cannot be controlled or nationalized by the Argentine government.

As a result, Bitcoins in Argentina frequently trade for more than 30% higher than in neighboring countries… presenting a rather interesting arbitrage opportunity.

With all the mainstream attention, though, Bitcoin has been building its share of detractors. I read an article on Forbes recently entitled something like “Why Bitcoin is doomed to fail”.

Most of these pieces roll out the same tired points– that nobody knows anything about the mysterious programmer who put it together… that it’s too volatile… etc.

True, Bitcoin is incredibly volatile. A lot of this is based solely on momentum and speculation.

Think about it– the premise behind Bitcoin is that it is an alternative to fiat currency. So is gold. Yet while Bitcoin has soared in the last few months by practically an order of magnitude, the nominal gold price has remained flat.

This suggests to me that a lot of the new Bitcoin buyers are speculators– people that are trading paper currency for Bitcoin, hoping to trade their Bitcoins back into even more paper currency at a later date.

This approach defeats the purpose of holding a fiat currency alternative. And it raises a rather interesting problem that is unique to Bitcoin: with such a huge runup in the nominal price of Bitcoin, how is it supposed to be taxed?

The capital gain rules for precious metals are very clear, especially if you’re a US taxpayer. But the IRS has literally issued ZERO guidance on Bitcoin.

If, for example, Bitcoin is considered a ‘currency’ by the IRS, then Bitcoin gains should be taxed as ordinary income according to IRC section 988(a)(1)(A).

But if Bitcoins are considered to be a long-term investment, such as shares of Google that you hold for more than a year, than it should be taxed at lower capital gains rates.

And what about if your Bitcoins are stolen? Are such losses deductible like other investment losses? Or would it be treated like personal property as if your car was stolen?

And what if you’re a US taxpayer holding Bitcoins at an overseas-based brokerage? Would this ‘account’ need to be reported on foreign financial disclosure forms?

Everything is up in the air. And while the IRS has issued fairly clear guidance on precious metals, they haven’t made a peep about Bitcoin… leaving, once again, the onus on the taxpayer to figure everything out.