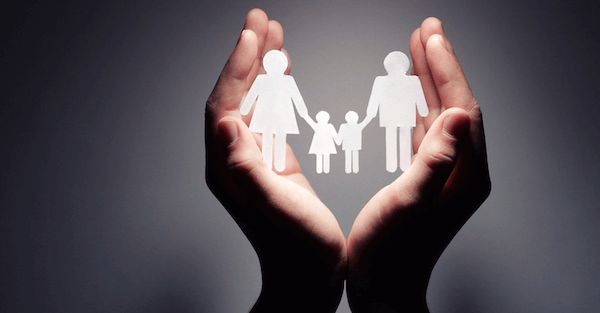 This one is really infuriating.

It started back in 2016… on April 6th to be specific. A Philadelphia-area mother walked into a clinic because her 7-month old baby was being excessively fussy.

The doctor performed a cursory examination, concluded the baby had an ear infection, and prescribed an antibiotic.

Later that day, the mother noticed what seemed like a bone popping in the baby’s side and thought this might be the source of the discomfort.

Concerned, she went right back to the clinic to show the pediatrician.

The doctor claimed that he could not feel any popping and reassured the mother that the baby had an ear infection.

By the next day, the baby was in even worse shape. So the father took her to the hospital and insisted on an X-ray.

The parents’ instinct turned out to be correct– the baby had a mild fracture of her ribs.

Now– this is problem #1 in our story. Certainly the US health care industry is filled some incredibly hard-working and talented professionals.

But the system is designed the churn and burn… to push people through the clinics as quickly as possible.

The standard of care now is to prescribe some medication (usually antibiotics) and send people on their way without taking the time to conduct a comprehensive examination.

This is a major reason why the United States typically ranks so poorly in global health care studies.

According to one study by the Commonwealth Fund and Johns Hopkins School of Public Health, the US ranked dead last among 11 other wealthy countries (UK, New Zealand, Canada, etc.) in terms of quality of care… yet ranked #1 in terms of cost.

Moreover, recent research published by the Mayo Clinic shows that a full 20% of patients in the United States who have a serious medical condition are mis-diagnosed by their physicians.

This is a pretty sad testament to the state of medical care in the Land of the Free.

But this story isn’t about medical care. This is a story about a family being ripped apart by the ‘Justice’ system.

That’s because, after the physicians finally saw the baby’s cracked rib, they called in the local Child Protective Services.

A hearing was immediately convened, and the parents couldn’t explain the injury. Their best guess was that their older child may have accidentally injured the baby, but they didn’t know for certain.

And it was based on this uncertainty that BOTH children were taken away.

The older child was placed in the custody of his grandmother, and the baby was shipped off to a foster home.

This is where things become truly bizarre.

The local authorities conducted an investigation and found no “aggravated circumstances”. So the older child was soon returned to the parents.

But the baby remained in a foster home… in the care of complete strangers.

FOUR MONTHS LATER, there was finally an initial court hearing. The judge acknowledged that the older child had already been returned to the parents and was safe in their home.

But she refused to return the baby.

More importantly, the judge mandated that the parents should have SUPERVISED visitation, i.e. they had to go to the foster home to see their own baby under the supervision of a government employee.

Another four months later (now we’re in December 2016), another hearing was held.

Once again, the judge refused to return the baby… and even refused to transfer the baby from the foster home to the custody of the grandmother.

Bear in mind that the older child had already been returned to the parents several months prior.

So if they’d had any evidence that the parents were unfit, you’d think that BOTH of the children would have been in foster care.

But that wasn’t the case at all. That’s because the investigation showed no evidence of wrongdoing. The police weren’t involved. And no charges were being filed.

This was simply a matter of a single judge abusing her authority to separate a family, solely because she wasn’t satisfied that the parents didn’t know how the baby had sustained her injuries.

At that point the family hired a SECOND attorney who appealed the decision.

Another four months went by, and in March 2017, the judge held further hearings on the matter.

At that hearing, the attorney attempted to introduce evidence supporting the family’s claim, as well as testimony from other physicians citing a number of plausible reasons how the baby could have been injured.

But according to court records, the judge “refused to take any testimony in the case” because she thought the new attorney was “disrespectful and a little bit arrogant”.

The judge concluded the hearing by punishing the family even more– she suspended the grandmother’s right to visit the baby, denied the parents request for unsupervised visitation, and authorized the city to start the process to put the baby up for adoption.

More hearings took place over the next several months, until, in October 2017, the judge “involuntarily terminated Parents’ rights.”

In other words, the judge stripped the baby away and shipped her off like cattle to another home. Permanently. The parents were no longer the parents.

Now, it took a looong time. But last week the appeal was finally settled, with a different judge in a higher court.

And the appeals court sided with the parents.

More importantly, the appeals court issued a scathing condemnation of the other judge’s behavior, calling it “abuse of discretion” among other choice phrases.

It took more than TWO YEARS for this family to be reunited… not to mention a ton of money in attorney fees and an incalculable amount of stress.

This is pretty despicable… and worth any rational person questioning how free you really are, when all that’s required for the state to take your children away from you is a judge with an ax to grind.