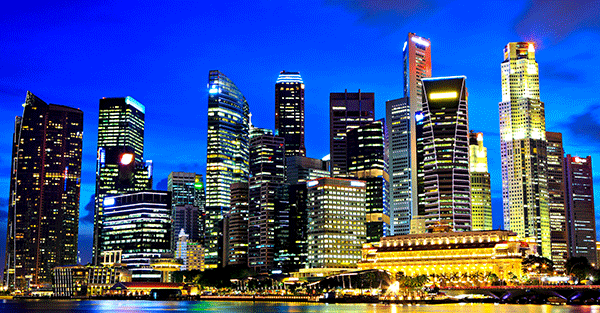 One of the wealthiest countries in the world– the place where there are more millionaires per capita than anywhere else on the planet– now has a dirt cheap stock market.

And right now, the total market value of all stocks traded in Singapore amounts to about 107% of the country’s GDP.

The historical range for this number over the past few decades has as high as 418% during the bubble years in the 1990s, and as low as 92% at the height of the 2008 financial crisis.

This ‘stock market to GDP’ ratio is a hugely important valuation.

Warren Buffett considers it “probably the best single measure of where valuations stand at any given moment.”

But it’s more than that. Because right now, the Singapore stock market barely trades above book value.

If you’re not familiar with the term, a company’s book value is akin to its ‘net worth’.

In other words, if you added up all of a company’s assets (cash, real estate, business inventory, etc.) and subtract its liabilities (debt, taxes owed, etc.), you end up with its book value.

It’s typical for companies listed on a stock exchange to trade for several times their book value.

In Singapore, it’s ONE. This makes Singaporean stocks a much greater bargain than those in the West.

As an example, the iShares MSCI Singapore ETF (EWS on the New York Stock Exchange) is an ETF that tracks the Singapore stock market.

Plus it pays a dividend amounting to 4.4%.

Now, these compelling figures apply to the entire Singapore market. But if you start cherry-picking individual companies, it’s possible to find even better deals.

There are companies in Singapore now selling for well below book value, and paying dividend yields as high as 10%.

And if stocks are too risky for you, bonds issued by the Singapore government (which has ZERO net debt) yield 2.75%.

Compared to Western markets, Singapore is a fantastic opportunity right now… especially if you have US dollars to spend. The Singapore dollar is near a multi-year low, so this is an excellent time to get in.

Sure, both the stock market and the currency may stay cheap for a while. They might even get cheaper.

But given these low valuations, you’d be buying with a significant margin of safety and much of the downside risk already covered.

In exchange, you have an opportunity to make significant profits in a highly advanced economy.

If the company share prices increase from these lows, you’ll make money. If the currency appreciates, you’ll make even more money.

And while you wait, you’ll receive a solid dividend yield that puts regular cashflow in your pocket.

This is definitely an opportunity worth considering.