People are really starting to understand 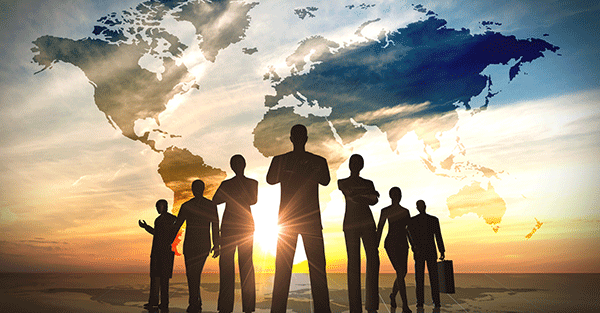 I have a pretty bad travel habit of always waiting until the last minute to head to the airport.

Some people like to get to the airport three hours early. I’m not one of those people.

In fact, when I flew to Bogota a few weeks ago from Santiago, I arrived to the airport at 7:50am for an 8:25am flight.

That’s cutting it pretty close, and it doesn’t leave any room for error.

This morning I was in the same boat, leaving my hotel in downtown Denver at a time that left very little room for error.

Then ‘error’ happened. Standing outside in the cold drizzle waiting for the car to pull up, the concierge told me that the driver had just been pulled over by the police and would be at least another 15 minutes… 15 minutes that I didn’t have.

The next car that pulled up had been ordered by another guest at the hotel. So without hesitation I asked him if he was heading to the airport. He was, and graciously offered me a ride.

It turned out to be one of those great opportunities that the universe presents from time to time… lemons into lemonade.

We started chatting, and, I’ll call him ‘John’, told me he was in finance, and he was in town for a conference of financial professionals.

Then he asked me what I do.

Now, this is always a difficult question to answer. Usually I try to get off lightly by saying something like, “I’m a writer, investor, and entrepreneur,” and leave it at that.

But we had another 40 minutes to go.

So I talked about the agricultural fund in Chile, our bank, the clothing company in Australia, our entrepreneurship foundation, the various web-based businesses, etc.

Then I got to Sovereign Research, bracing myself in case John happened to be a state-loving socialist. Thankfully he wasn’t.

I explained my view of the world, how I harbor serious concerns that the government’s plan to create prosperity is to conjure trillions of dollars out of thin air and go even deeper into debt.

I talked about how the thousands upon thousands of regulations they have created only serve to make it more difficult to be productive and successful.

As an example, we talked about second passports. I told him about a discussion I’d had over the weekend at our Total Access meetup in Dallas with the United Nations ambassador for a small island in the Caribbean.

They’re offering an incredibly unique program whereby you can make a real, credible, reasonable investment on the island, and in exchange they’ll award you a fantastic passport that can be used to travel all over the world, including to Europe and Canada.

John liked the idea of that, saying, “Well it’s a great idea to have another option; I mean, you never know what’s going to happen in this country.”

I was stunned. It was almost the exact same way I typically describe second passports. Or really any other international solution that’s part of a Plan B.

The fact that John understood the benefit immediately gave me a lot of hope that perhaps people really are starting to understand what’s happening.

When I was on stage with Ron Paul last weekend in Dallas, I told our audience about a hilarious interview I saw on ESPN with a professional football player from the Seattle Seahawks.

The interviewer basically asked him what he would do if he were king of the world for a day, and the football player said, “I would do away with property taxes!”

The interviewer looked at him a bit perplexed, and then asked why-

There was a smattering of applause in the studio. Same deal—I thought, wow, people are really starting to understand. It’s embryonic, but it’s happening.