Private banker: “Is there any good news?” 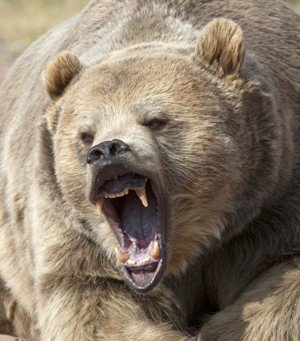 Each summer, I’ve taken to renting a beautiful wine and olive estate in the Italian countryside and inviting some of the most interesting people I know for a week of lively discussion and debate.

There’s a dozen or so people in the dining room right now– two private bankers who flew in this morning, a nuclear engineer turned restaurant magnate, the founder of one of the fastest-growing healthcare companies in the US, a highly successful Internet entrepreneur, etc.

But the topic that’s on everyone’s mind right now is what’s happening in the global economy.

The news this morning tells us that Thailand is in recession. Indonesia is in a bear market.

India’s currency is plunging so rapidly that the government is desperately implementing capital controls. Japan’s trade deficit was the third worst on record last month.

Here in Italy, unemployment is at a record high, and financial-related suicides have increased 40% over last year (which itself was a record).

Adding insult to injury, the Italian government has banned cash transactions above 1,000 euros and rolled out a new army of tax police to seize people’s assets in a guilty-til-proven innocent system.

One of the banker here, who hails from a boutique firm in Austria specializing in physical gold products, asked very plainly during lunch today: “Is there any good news?”

The good news is that this fraudulent system of unchecked, unbacked paper currency is finally coming to an end.

Of course, our faux-scientists who have been awarded society’s most esteemed prizes for intellectual achievement tells us that our monetary system is good, solid, and just.

But it’s insane to think that four men control over 70% of the world’s money supply.

In their sole discretion, they can effectively control the prices of everything, from real estate to rice options to the rates at which governments can borrow.

This system is simply not natural. It’s not natural to grant such power and control to a tiny banking elite, no matter what the experts tell us.

It’s so unnatural, in fact, it’s about as sensible as hanging out with grizzly bears.

Governments and economists are there to tell us that the bears are safe and have been tamed by qualified professionals… that the trainers are the smartest guys in the world, and we should just trust them.

It might work for a while… but eventually, people are just going to get mauled.

That’s our monetary system. And it doesn’t take a rocket scientist to see that it’s obviously not working. The signs are everywhere, from Japan to Jakarta, India to Italy.

And, as uncomfortable and difficult as interim transition period may be, the end of this corrupt fiat experiment is definitely something to celebrate.