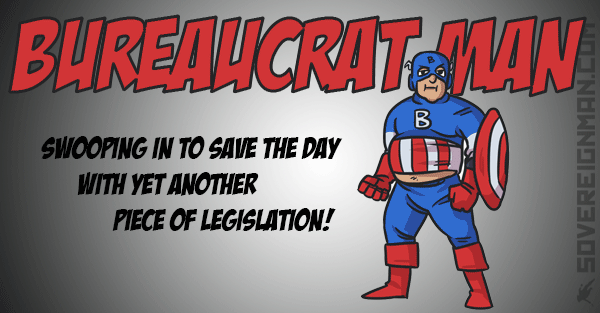 In the Grand Bazaar in Istanbul during the Ottoman Empire it was a familiar site to see a muhtesib or “market inspector” making his way through the stalls.

They were in charge of making sure that everything in the marketplace adhered to state regulations.

Accompanied by some members of the police force, every day they went around, carefully inspecting the activities of each seller to ensure that they were complying with the rules.

If they weren’t in compliance, the muhtesib would set his police thugs on them.

From regulation on the production and distribution of goods, to building codes, and price controls, these average people had their every action controlled by the government.

It didn’t take long for the Ottoman Empire to lose its competitive edge under the weight of these massive bureaucratic burdens.

This has happened to dozens of formerly dominant empires throughout history. And it’s happening in the Land of the Free today.

We may not have the same traditional market square with the imposing presence of the muhtesib. But don’t be fooled, he’s there.

The Competitive Enterprise Institute estimates that the total cost of complying with America’s federal regulations last year was $1.86 trillion.

That’s about $15,000 per household, more than what the average household pays on food, clothing, or shelter each year.

And the number of regulations is rapidly rising.

You might be rather surprised to know that there are a whopping 10,610 bills and resolutions currently before the 113th United States Congress.

But it’s more than that.

What a lot of people don’t realize is that executive agencies have their own ‘rule making’ authority.

Every single business day, in fact, dozens of new rules and regulations are proposed, almost none of which ever become public.

Just today alone, the current issue of the US government’s daily journal of rules (called the Federal Register) is 214 pages. And that’s actually pretty slim for Uncle Sam.

For even the tiniest issue, bureaucrats and politicians jump to the rescue.

They “protect” us from bad haircuts, ugly interior designs, and slow-speaking auctioneers (just three examples of the over 1,000 occupations that require government licenses in the Land of the Free).

It’s as if they’re some kind of superhero here to save us from ourselves.

I can just picture it now—Bureaucrat Man! Swooping in to save the day with yet another regulation or piece of legislation!

Smashing anyone who tries to rent his/her apartment on Airbnb, Bureaucrat Man saves the citizens of New York from becoming victims of “greedy landlords”.

In San Francisco he makes sure that you’re qualified enough to—walk dogs, demanding that anyone walking more than four dogs have a valid ($375) permit. 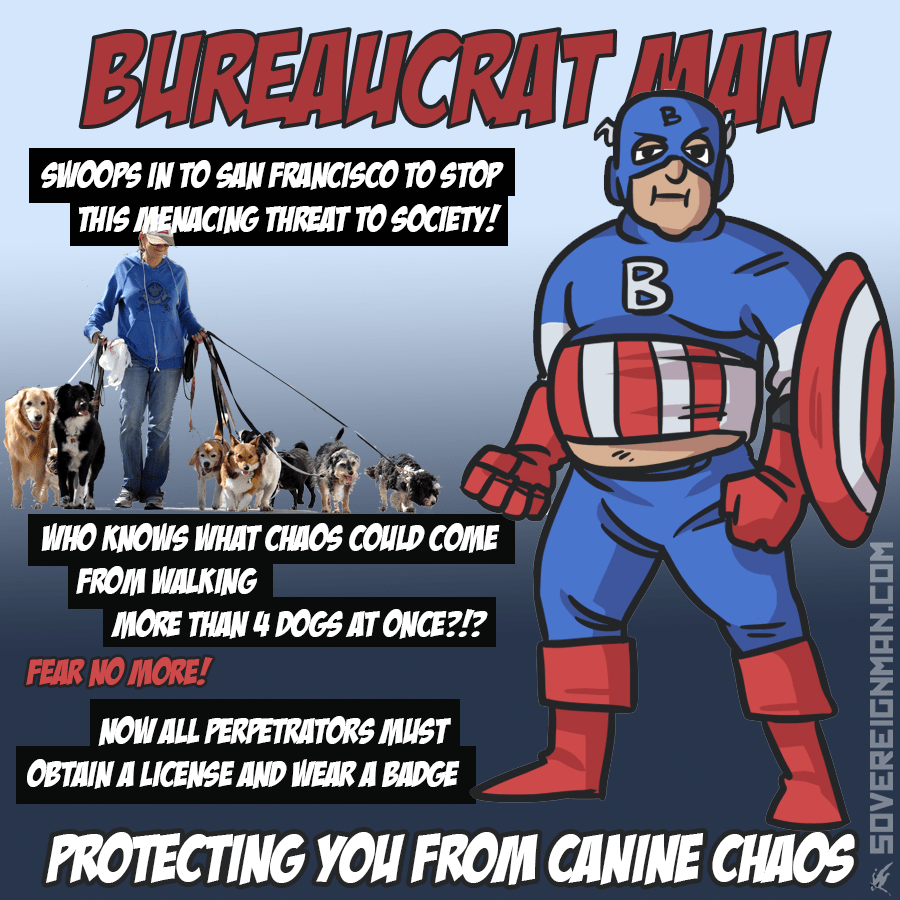 In Florida, Bureaucrat Man ensures that giving food to the homeless is done according to rules and regulations; otherwise you get arrested for your act of indecency, just like a 90-year old man was recently. 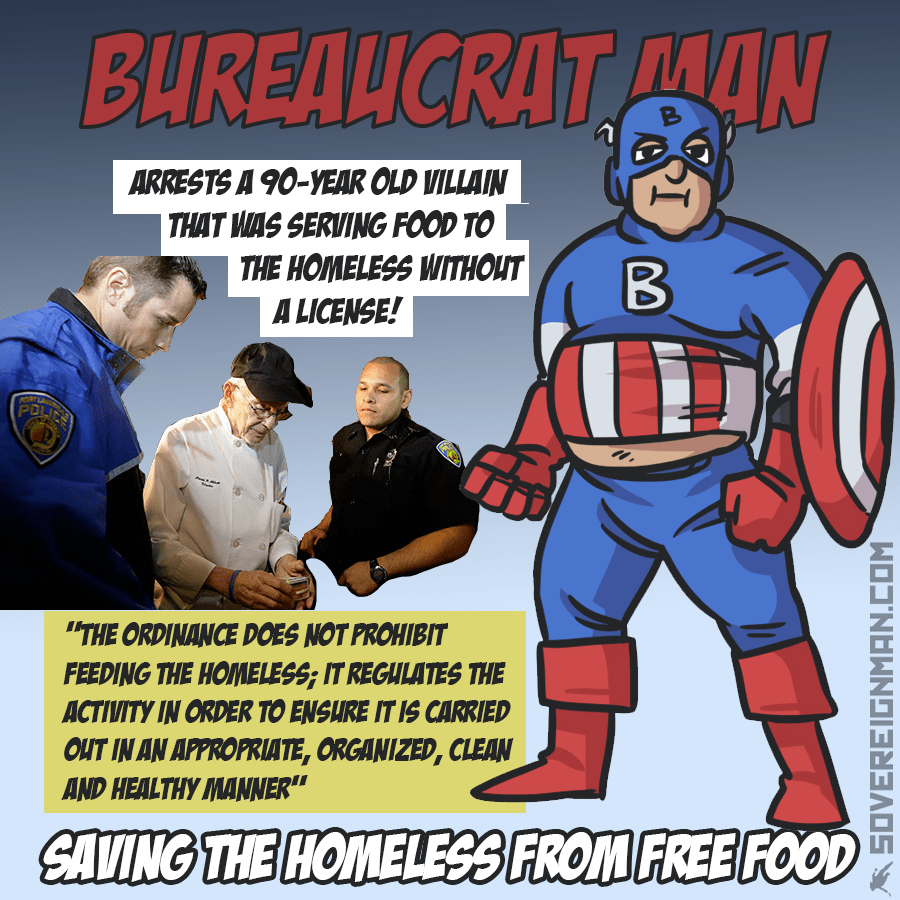 Heck of a job, Bureaucrat Man. Noble in his intentions, incompetent in his actions, and ruthless in his enforcement.