Pump and Dump promoters are at it again: check out the newest scam 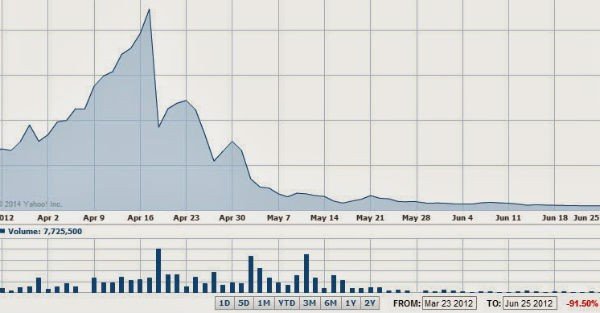 The day we published, the stock (OTC: CYNK) had a market cap in excess of $1 billion; it rose to more than $6 billion at its peak.

All this with one employee, no assets, no revenue, no website, and no product… What could possibly go wrong?

The CYNK bubble was, of course, the result of carefully planned deceit and clever promotion by a handful of people who stood to make a lot of money on the trade.

CYNK’s overvaluation was so outrageous that at one point the company was worth more than US Steel, the 13th largest steel producer in the world with 42,000 employees, $17 billion in revenue, and $414 million in operating cashflow.

Needless to say, CYNK was a complete and total scam. And it’s appalling that anyone actually believed it.

But when you think about it, CYNK’s stock wasn’t really any dumber than owning US Treasuries.

Across the entire global financial system, US government debt is considered the global “risk-free” benchmark against which other assets are measured.

Yet every shred of objective evidence suggests that the US is one of the LEAST creditworthy borrowers in the world.

The US government’s own numbers show they have net worth of NEGATIVE $16.9 trillion. And the Congressional Budget Office projects this figure getting far worse.

But still, the golden tale is spun: the US can never default on its debt.

People are told that US government can always raise taxes in order to pay back the debt.

But the numbers show a completely different story.

Since the end of World War II, ALL tax rates in the US have varied wildly. Individual income tax rates, for example, have been as high as 90%.
Yet the government’s total tax revenue has always hovered at around 17.7% of GDP.

Even worse, investors somehow take comfort that the United States can just print more dollars, as if hyperinflation is a credible debt management strategy.

But truth be damned, investors keep buying US Treasuries.

It doesn’t matter that inflation-adjusted, tax-adjusted interest rates GUARANTEE that you will lose money.

It doesn’t matter that the US is the largest debtor in the history of the world.

It doesn’t matter that they cannot raise tax revenues to pay back the debt.

It doesn’t matter how close they’ve come so many times to default.

It doesn’t matter that the economy is supposedly so great that the Fed cannot possibly bring itself to raise interest rates by even 0.25%.

And it doesn’t matter that they have yet another looming crisis in six months when the debt ceiling suspension ends.

(Congress even required, by law, that the Treasury Department NOT build up a cash reserve in the event of a government shutdown. It’s sheer lunacy…)

Somehow this is still considered “risk free”. But just as they did with CYNK, reality always catches up.

In the case of CYNK, it only took about a month for the bubble to inflate and burst.

The Treasury bubble, on the other hand, was built on credibility earned over decades by previous generations.

They defeated the Nazis. They stood up to the Soviet Empire. They designed magnificent infrastructure. And they went out and built it with their bare hands.

They celebrated Jonas Salk and Albert Einstein, not some self-absorbed reality TV starlets.

And they didn’t have safety nets or expect to be taken care of at taxpayer expense.

It was far from perfect. But previous generations earned the world’s trust. Modern day politicians have blown through it.

Now all they have left is their snake oil sales pitch. And a mountain of obligations that closed July 2014 at a record high $17.69 trillion.