Scottish independence: they love democracy so much they’re trying to subvert it 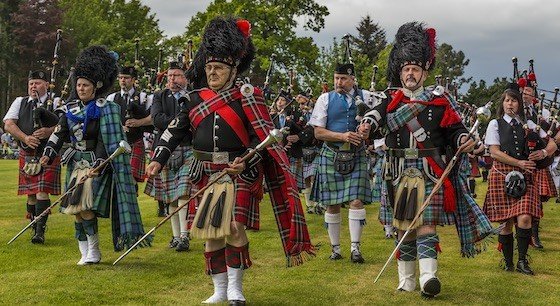 The polls in Scotland will close this week on one of the more important elections in recent history… perhaps one of the only elections that actually matters.

Rather than a typical vote to see who the captain of the Titanic will be, Scots are deciding whether they want to be free and independent from the UK.

Every eligible voter has a say, and a simple majority decides the outcome for everyone else.

By definition, this is the PUREST possible form of the democratic process.

What’s ironic here is that ‘democracy’ is typically held up as the hallmark of free society.

Western nations have spent years (and trillion of dollars) force-feeding representative ‘democracy’ down the throats of developing countries at gunpoint.

Opening his second Presidential term in 2005, George W. Bush famously told the world that “it is the policy of the United States to seek and support the growth of democratic movements and institutions in every nation and culture. . .”

Given the west’s big love for democracy, you’d think this instance in Scotland– the most fundamental example of the democratic process– would be able to take place free, unfettered, and uninfluenced by government.

Government, in fact, is supposed to be the responsible steward to protect and champion democratic rights. At least, that’s the BS they’re constantly selling us.

But that’s not what’s happening.

British politicians are scared to death that Scotland will file for divorce. So they’re doing everything they can to influence the outcome of this supposedly impartial democratic process.

Their claim is that the government knows better than you do. They say they’re doing this for your own good. If Scotland breaks away, your children and grandchildren will suffer immeasurably as a result.

In other words, you NEED US TO TAKE CARE OF YOU. You cannot function without us being in charge of you.

The British government is spreading untold fear, paranoia, and propaganda to drive this point home, all in an effort to influence the outcome of a supposedly free and fair election.

It’s incredibly hypocritical. And the government’s desperation drives home how fragile this system really is.

They know how much weaker and impotent they’ll be if Scotland becomes independent. And they’re terrified of it.

But here’s the thing– this isn’t even the real story. The outcome of the election is irrelevant.

The real issue here is that this election is even happening at all.

Bear in mind that human nature is highly resistant to change. This is the way of the universe.

Sir Isaac Newton told us that an object at rest tends to stay at rest unless acted upon by an external force of sufficient enough to overcome the object’s inertia.

In chemistry, activation energy is defined as the minimum energy needed to be input in order to produce a chemical reaction.

A wooden log in a fireplace doesn’t spontaneously combust. You must first add sufficient energy (heat) to the system before the wood will burn.

Until that activation energy is reached, no reaction will occur.

Humans are the same. Our natural state is to remain at rest. Overcoming our inertia is incredibly difficult. Doing so requires tremendous energy. And motivation.

The fact that millions of people in Scotland are even considering rocking the boat and radically change is very telling.

It shows there is a deep, deep dissatisfaction with the status quo. People are sick and tired of the way things are. The system has completely failed them. And they want change.

This is huge. And it’s a sign of things to come.

The dissatisfaction is growing worldwide. As I reported yesterday, the latest Gallup numbers show that only 23% of Americans are satisfied with the direction of the country.

Change is coming. And not just any change. Deep, radical change– a fundamental reset in the way we do business, the way we organize ourselves as societies, and the way we view money.

There’s tremendous opportunity for people who understand this trend and stay in front of it. And frankly I think this makes it a very exciting time to be alive.

I invite you to spend some time with me this afternoon exploring this incredibly important issue in our latest Podcast episode.