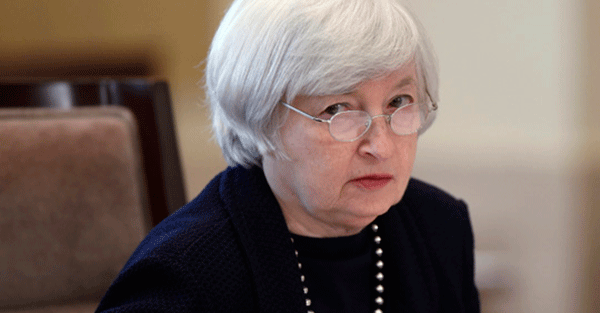 Yesterday the Federal Reserve released the minutes from its July meeting a few weeks ago in which they decided to NOT raise interest rates.

These minutes are the official archive of the meeting, providing details about the presentations, debates, and discussions that took place.

They contain very formal sounding language, referring to their near-zero interest rates as “accommodation” in the same way that my high school health teacher preferred to use the more clinical term “copulation” instead of “sex”.

As an example, the most recent Fed minutes state:

“members agreed to indicate that they would continue to closely monitor global economic and financial developments.”

What in the world does that even mean?

I really get so tired of their forked-tongue garbage.

Interest rates are at 5,000 year lows. There are now 500 MILLION people around the world, in fact, living under NEGATIVE interest rates.

Remember that money is essentially nothing more than a measurement of economic value, in the same way that a meter or a mile is a measure of distance.

Just imagine the chaos if there were some unelected committee of bureaucrats who got together from time to time to change the value of the mile.

Or imagine if, tomorrow morning, they decided that the mile would be shortened by 20%.

Some people would benefit from that arrangement (taxi drivers). Others would be worse off (taxi passengers). There are always winners and losers.

Similarly, there are always winners and losers with monetary policy.

And these unelected central bankers have made a series of very deliberate decisions to forsake one segment of the population (anyone trying to save money) for the benefit of another (those who are heavily in debt, like, ummmm, governments).

“. . . the Committee should wait to take another step in removing accommodation until the data on economic activity provided a greater level of confidence that economic growth was strong enough to withstand a possible downward shock to demand.”

But if there were some secret minutes detailing the Fed’s inner conscience that were leaked to the public, here’s what they would really be saying:

“Nothing terribly catastrophic has happened yet, so we have decided to continue screwing responsible savers with interest rates that are at 5,000 year lows so that this dangerous asset bubble can persist, the federal government can continue indebting future generations, and the commercial banks can keep making tons of money, because we are shit scared that even the tiniest 0.25% increase in interest rates will completely derail this totally fragile economy, and that would be really bad for Barack Obama and Hillary Clinton.”