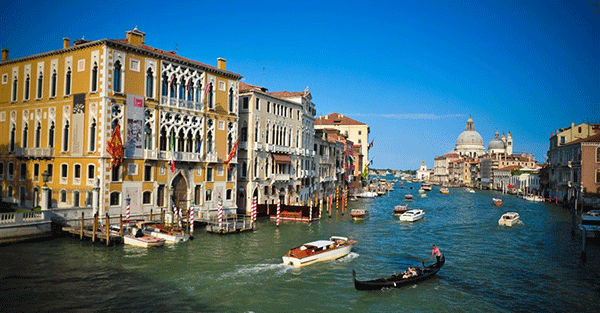 Roman Mairano had just married his sweetheart, and now he was eager to find a way to support her and their future family.

Both he and his new bride had come from very humble backgrounds. And hoping to build wealth, he began looking for new opportunities.

Roman went to a few wealthy contacts in the city and pitched to them that he had a plan to transport lumber to a city where there was a great deal of construction happening.

He offered that if they would back his venture financially, he would give them three-quarters of the profits upon his return.

They agreed. And in the year 1155, Mairano sailed with a shipload of lumber from Venice to Constantinople.

The venture was a success, as was the follow-on venture. Soon he was able to finance most of the journeys himself and keep a higher proportion of the profits.

Now, Roman’s story may be a parable. But it’s representative of untold numbers of people across Venice during the city-state’s golden age.

This form of financial partnership back then was known as a commenda, and it was prevalent throughout the Venetian economy at the time.

The commenda was essentially an early form of a limited partnership; it allowed people with energy and ambition to team up with investors who had capital to risk.

This was an incredibly unique arrangement in the Middle Ages: financial innovation and economic freedom. The Venetian state left people alone to take risks and prosper without the need for constant regulation and intervention.

Thanks to this level of freedom, Venice flourished and became a center of prosperity in the world at a time when the rest of Europe was still in the Dark Ages.

Venice’s currency, the ducat, even became a widely used reserve currency—ducats could be found in use as far away as Central Asia and China.

And all the opulence and beauty that you can still see in Venice today was essentially built in those times of economic freedom centuries ago.

Unfortunately not everyone was so keen to see mass prosperity.

A handful of wealthy families in Venetian society viewed the economy as a zero-sum game, as if someone else’s success were taking place at their expense.

Gradually they used their accumulated wealth to seize control of the government and impose restrictive rules aimed at cutting off commercial opportunities for new entrants.

They even created a police force where one had never existed before to enforce the government’s edicts.

This is a common story throughout human history. There’s almost always an elite, or government, with a ‘scarcity’ mentality that believes in the zero sum game, i.e. for anyone to be a winner, someone else has to be a loser.

This is a deeply flawed view. And you can see this misconception at work when they try to increase tax revenues by raising income tax rates.

This is a typical tactic. When they’re short of cash, governments almost invariably raise taxes.

In the United States, federal government tax revenue has been roughly 17% of GDP since the end of World War II, regardless of the tax rates.

In other words, the government’s ‘slice’ of the economic pie has been an almost constant 17%, no matter if they raised taxes or not.

Why? Because when they raise taxes, it provides certain economic disincentives.

People have less of a reason to invest, start businesses, or develop infrastructure. And this reduces the overall economic growth rate.

There’s a very looooong history which clearly establishes this point. And you’d think that a government would look at the data and recognize the obvious truth: their scarcity mentality doesn’t work.

Sadly, in the face of such overwhelming data, the Obama administration is now pushing to raise tax rates once again, including a capital gains rate that is almost double what it was in 2013.

The old joke about the definition of insanity is trying the same thing over and over again and expecting a different result.

My dictionary defines insanity as extreme foolishness or irrationality.

All joking aside, I find such behavior to be extremely irrational given the overwhelming volume of data… hence… insane.

Since the government’s slice of the pie isn’t going to change at all, the obvious answer is to do whatever they can to make the ENTIRE PIE bigger.

What we’re seeing today across most of the Western world, unfortunately, is a strong push to stifle any such ambitions.

That’s why it’s crucial for any enterprising individual today to seek out places that allow ambition, talent, and drive to prosper.

The goods news is that thanks to the Internet and modern transport, it’s easier than ever to do so.

Here’s one example of how people are doing that.