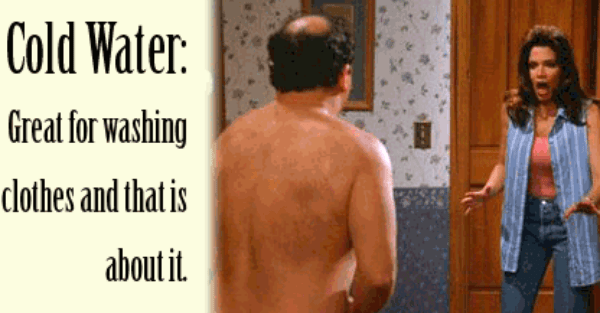 No one ever thinks about the water. Or the toilet paper, as it were.

But these are among the many, many staples that become luxuries when one’s nation is in crisis.

Hours ago, the local gas company in Kiev (Kyivenergo) announced that they would be shutting off the hot water supply to most of the city.

While the official reason for the hot water shutoff is that Kyivenergo (the energy supplier to Kiev) owes a debt to the Ukrainian state gas company (Naftogaz) of over $100 million.

It’s just a quirky little coincidence that this debt suddenly became materially important only one week after Russia shut off natural gas supplies to Ukraine.

Funny thing is that Ukrainian politicians for years had been telling people not to worry about this.

You see, Ukraine has its own domestic natural gas supplies. And they tell people that the domestic gas is strictly for the people and their utilities (like hot water).

Russian gas, according to this story, is imported for businesses to use. But that domestic gas is sacrosanct, only for the people.

Clearly this turned out to be a big fat lie.

Bear in mind, it was just a few weeks ago that utility companies announced that the price of cold water would jump from 3.18 hryvnas per cubic meter to 6.22– a 95% increase, practically overnight.

So there’s an entire city now taking cold showers… and paying twice the price for the privilege! Insult. Injury.

I have several Ukrainian employees with family still in the country; they’re telling me how their loved ones are now finally starting to look at their options to get out of dodge.

It’s strange when you think about it– war, revolution, inflation, etc. All of that was OK. Cold showers?!?! “Honey pack the bags, it’s time to leave.”

I jest of course; all of this is accumulated pain that eventually culminates in reaching one’s breaking point… especially when a rational look into the future suggests this situation will not resolve itself anytime soon.

You know the outlook isn’t so great right now because Ukraine’s Vice Premier Minister is telling people that they can survive the -winter- (still months away) without Russian gas imports.

While I’m sure everyone appreciates the ‘turn that frown upside down’ approach, they’d probably just rather take a hot shower and not be lied to about the nation’s ability to sustain shrinkage.

A few key lessons I wanted to pull out of this:

1. Politicians always lie. They will tell you that your nation is stronger than it really is, that your country is prepared for whatever may come, that your benefits will never be cut, etc.

And even though they may be well-intentioned, these are not promises that can be kept… especially by a nation in crisis.

2. A nation in crisis affects just about everything. It’s not just about numbers and data, or even Molotov cocktails. It’s hot water and toilet paper. It’s food on the shelves. It’s the stuff we all take for granted that suddenly doesn’t function anymore.

3. Even though the obvious warning signs are there, most people wait until it’s too late (or at least suboptimal) before considering their options.

When you wait until a full blown crisis, you have to rush through critical decisions in haste instead of planning things out slowly, rationally.

Rational people have a plan B because we all have a breaking point. Do you know what you would do if you reached yours?