So long and thanks for all the fish. 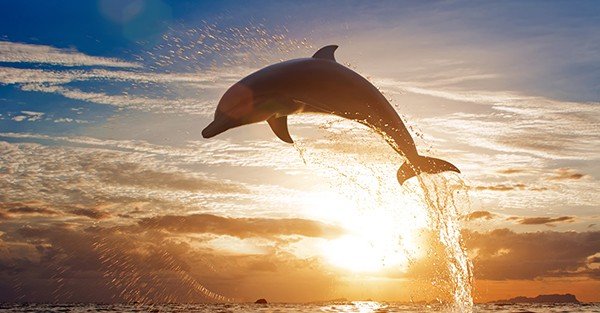 Last week the Canadian Island of Cape Breton, Nova Scotia, off the Atlantic Seaboard near Maine, made an unusual offer to the American public.

There’s even a whole website about this, though not one officially affiliated with the local government.

This is something that happens in every election cycle.

Politics is invariably polarizing. Strong candidates have an uncanny ability to strike tremendous hope in their supporters and incredible fear in their detractors, and it’s commonplace for people to threaten strong responses if someone they don’t like is elected.

With this year’s election we’re sure to see much more of this, as emotions are already boiling.

There are so many people right now amazed that they lived to see the day when a card-carrying socialist is a leading contender to become President of the United States.

Of course, it’s not about any single person.

As Douglas Adams wrote in the Hitchhiker’s Guide to the Galaxy (from which this headline also comes), “anyone who is capable of getting themselves made President should on no account be allowed to do the job.”

Throughout my travels I’ve met a lot of people who have done the same, having reached their breaking points with one national election or another.

That feeling is totally understandable. Sometimes it requires powerful emotions of shock and astonishment to make us reach our breaking point, to shake us from our apathy, and to finally propel us into taking action.

But there’s a big danger here. These are important decisions. And such decisions should not be made emotionally. They should be rational, data-driven, and well-planned.

To say “I’m leaving the country if [insert most despised candidate] wins” is a knee-jerk, emotional response.

Look, moving abroad may very well the right answer for many.

There are tremendous tax and legal benefits of doing so, unique financial opportunities, and a host of other advantages that can lead to having a nearly unparalleled lifestyle abroad that is richer, fuller, and healthier.

But again, this should not be done emotionally and haphazardly. It should be based on rational analysis and a credible plan.

These are important details and require research and careful thought.

The bottom line is—it makes a lot of sense to have a place to go if things in your home country ever got really uncomfortable.

Maybe you never even need to exercise that Plan B. But even if nothing ever gets as bad as you fear, you won’t be worse off for having a backup option.

Yet if the trend continues and the day ever came when you did need to get out of Dodge, you don’t want to start figuring it all out while you’re packing your bags.