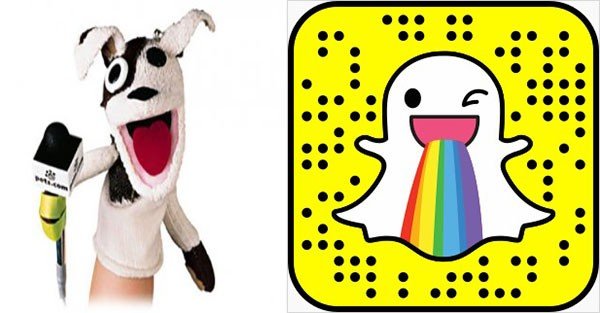 It was at the height of the dot-com bubble in 1999 that The Onion famously satirized the epically irrational stock market:

“Anabaena, a photosynthesizing, nitrogen-fixing algae with 1999 revenues estimated at $0 billion, will offer 200 million shares on the NASDAQ exchange next Wednesday under the stock symbol ALG. The shares are expected to open in the $47-$49 range.”

At the time, given how many unprofitable companies were going public, it could have just as easily been an article in the Wall Street Journal.

But memories in finance are short.

“There can be few fields of human endeavour in which history counts for so little as in the world of finance.

Past experience, to the extent that it is part of memory at all, is dismissed as the primitive refuge of those who do not have the insight to appreciate the incredible wonders of the present.”

It seems that enough investors have got together to give Snapchat a market valuation of $27.5 billion.

Bear in mind, “Snap” is a deeply unprofitable company which offers shareholders zero voting rights, and whose corporate logo is a vomiting ghost.

Perhaps Stanley Weiser was right when he suggested that a fool and his money are lucky enough to get together in the first place.

One can hardly blame Wall Street for giving irrational investors what they want: if the ducks are quacking, feed them.

But Snap is far from being the only US company that’s irrationally overvalued.

As we have observed on numerous occasions recently, US stock markets are not cheap. 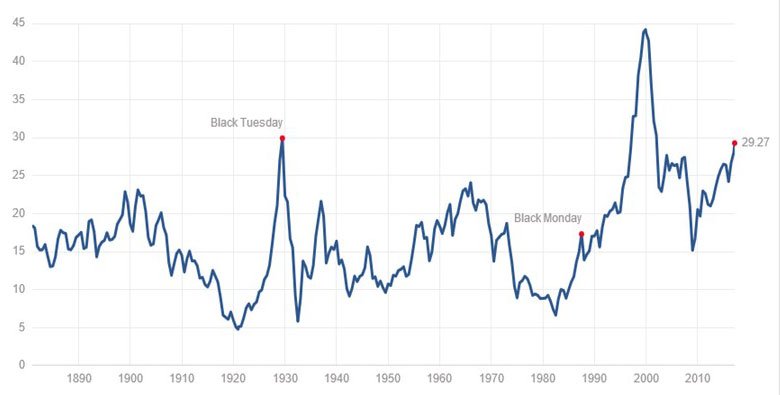 See if you can spot the last time that the market peaked at this valuation. Clue: it was Black Tuesday, 1929.

As the chart shows, there has been only one time in US financial history that the Shiller P/E ratio has been higher than it is today.

Unfortunately, the period in question sets an ominous precedent.

Because the only time that the Shiller P/E rose above today’s level was during the dot-com bubble that the Onion satirized back in 1999.

That bubble was marked by its own absurdities, including the sock puppet mascot of Pets.com, a company which went from IPO to bust in 268 days. 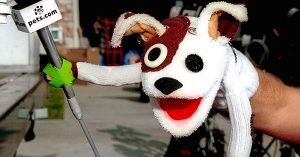 None of which is meant to suggest that the US stock market is about to crash.

The 1990s experience of the Shiller P/E shows conclusively that valuations can remain elevated for some considerable time – at demonstrably higher levels than today’s.

But it is meant to suggest that investor expectations today are unhealthily unrealistic.

One rational response to apparent overvaluation today would be to short the market instead, i.e. to bet on the market falling.

But shorting the market is a dangerous game to play, leaving open the potential of unlimited losses and the perils of market timing.

A more moderate response would simply be to look elsewhere instead in pursuit of attractive returns.

There is one developed market in the world where there are innumerable undervalued stocks still available.

In fact, over 40% of companies listed in the stock market are trading below book value.

It is a market where the biggest companies, the central bank, and the government’s own pension fund are all aggressively buying stock.

It is a market where dividends are relentlessly on the rise.

It is a market which is an oasis of calm in a world of political uncertainty.

Investments in this market form the single biggest allocation in our
fund.

The market I’m talking about is Japan. And it may be one of the most undervalued mass opportunities in the world right now.