Some disturbing figures about the upcoming banking crisis 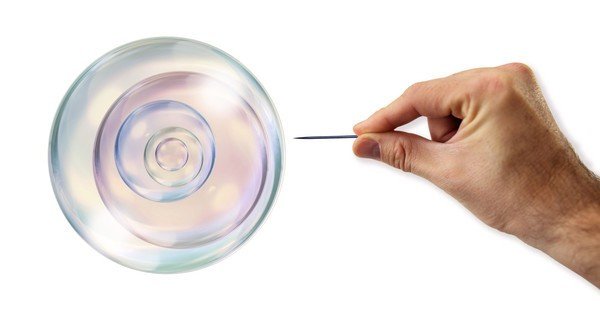 In early 1870, the Kingdom of Prussia and French Empire were about to go to war.

It was one of countless conflicts between the dozens of European kingdoms and empires throughout the 18th and 19th centuries, and this one was over before it even started.

Prussia’s military might was legendary. They had recently beaten the pants off of Austria and Denmark, and they’d go on to neutralize or capture over 80% of French soldiers within a matter of months, while losing just 2% of their own.

Very few wars have been so one-sided.

And yet despite its nearly unparalleled military successes and clear dominance in European politics, Prussia lacked something critical: financial power.

Prussia’s economy was robust and healthy. But businesses across all German kingdoms depended almost exclusively on the British banking system to conduct international trade.

It was similar to how nearly the entire world depends on Wall Street mega-banks today for global trade. Germany lacked its own strong financial system.

So on March 10, 1870, King Wilhelm I of Prussia (soon to be German Emperor) granted a banking license to a trio of local entrepreneurs and gave them explicit instructions to establish a banking powerhouse.

And that’s exactly what they did. The bank was called Deutsche Bank, and it eventually grew into one of the largest banks in the world.

Deutsche Bank has seen a lot in its years; multiple world wars and the devastation of Europe. Hyperinflation in the Weimar Republic. Nazi Germany.

The bank even outlasted its own country, as the Kingdom of Prussia was formally abolished in 1947.

But as the world learned in 2008 when the 158-year old investment bank Lehman Brothers went bust, even giant, centuries-old financial institutions can collapse.

Banking is such a bizarre industry when you think about it.

Regular, everyday people like you and I fork over our hard-earned savings to banks.

They take our money and do some of the most insane things with it… whether loaning it to jobless, homeless people, or buying the negative-yielding debts of bankrupt governments.

You and I would never do anything so foolish with our own funds. Yet we hand everything over to banks and give them full license to engage in this madness.

And even when their decisions blow up and they go to the taxpayer with hat in hand for a bailout, they prove that they have memories like goldfish.

Today, banks are up to the same tricks as they were 10 years ago, except they’ve taken things to a whole new level.

And Deutsche Bank is leading the charge.

One of the major issues in the 2008 crisis was that banks were over-leveraged and had very thin levels of capital.

In other words, the banks’ rainy-day reserve funds as a percentage of their overall balance sheets were extremely low, so even a small loss in their investment portfolios would cause financial Armageddon.

Lehman Brothers famously had a capital ratio of less than 3% of its assets. So when the value of its assets fell by more than 3%, the bank was finished.

Deutsche Bank, on the other hand, has a capital level of less that 3% (just like Lehman), and an incredibly risky asset base that boasts notional derivatives exposure of more than $70 trillion, roughly the size of world GDP.

Even the IMF has stated unequivocally that Deutsche Bank poses the greatest risk to global financial stability.

And the IMF would be right… except for all the other banks.

Because, meanwhile in Italy, nearly the entire Italian banking system is rapidly sliding into insolvency.

Italian banks are sitting on over 360 billion euros in bad loans right now and are in desperate need of a massive bailout.

IMF calculations show that Italian banks’ capital levels are among the lowest in the world, just ahead of Bangladesh.

And this doesn’t even scratch the surface of problems in other banking jurisdictions.

Spanish banks have been scrambling to raise billions in capital to cover persistent losses that still haven’t healed from the last crisis.

In Greece, over 35% of all loans in the banking system are classified as “non-performing”.

This is astounding. But what’s even more incredible is that the ratio of non-performing loans has actually been increasing for several years since the country’s supposed bailout.

Banks in Cyprus and Portugal are hemorrhaging cash and reporting widespread losses.

And banks’ stock prices across the region have practically collapsed in recent weeks as investors have started to realize that Bancopalypse 2.0 may be upon us.

(Oh, and lest anyone think that the United States is a banking safe haven, it’s worth noting that the non-performing commercial loan ratio in the US banking system has tripled in 18-months… but we’ll save that for another time.)

It just got shuffled under the carpet while the public was fed a phony narrative that everything is fantastic.

This turned out to be a gigantic farce; many of the world’s banking systems are just as risky as they were back in 2008.

Do yourself a favor: don’t keep 100% of your savings trapped in a risky banking system.

What’s the point? They’re only paying you 0.1% anyhow. Why take on so much risk?

If you have savings of even more than $10,000 (and definitely if you’re in the six to seven figure range), move some funds to a stronger, better capitalized banking system abroad.

And definitely consider owning precious metals, plus holding at least a month’s worth of expenses in physical cash in a safe at your home.

Given how low interest rates are, you won’t be any worse off. But should Bancopalypse 2.0 be upon us, cash and gold could end up being a phenomenal insurance policy.