Spot the oxymoron: “Growth down, optimism up” 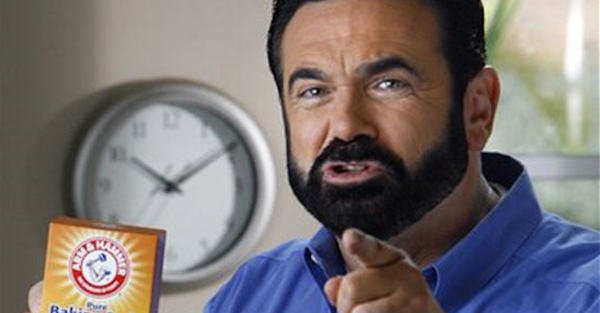 With a nod to the absurd, Federal Reserve Chair Janet Yellen freely admitted earlier this week that the Fed really has no idea what’s going to happen to the economy.

Bear in mind this is the person who controls interest rates in the United States, effectively setting the ‘price of money’ for the most widely used currency in the world.

This is key– because the price of money (interest rates) influence the prices of so many other things. Real estate. Business investment. Automobile sales. Agricultural commodity prices. Oil prices. Etc.

Yet she and her fellow members of the Federal Open Market Committee (FOMC) admittedly don’t have a clue where the economy’s going.

This stands in stark contrast to what investors are used to. Back in the 90s, Fortune put former Fed Chair Alan Greenspan on the cover with a headline– “It’s HIS economy, stupid”. 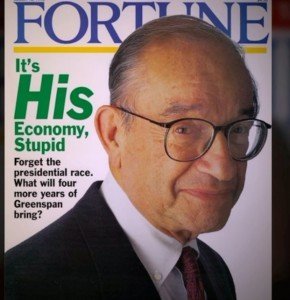 That’s how clear it was back then. Greenspan was the benevolent wizard… the ‘maestro’ in masterful command pulling the strings of the largest economy in the world. And investors had all the [misplaced] confidence in the world in this arrangement.

So you’d think that with such a demonstration of ignorance that investors would be heading for the hills, right?

Not so. The big banks and institutional investors (who appointed most of the FOMC members to begin with) rewarded the Fed’s stunning admission and lack of foresight with… record high stock prices.

If I could quote our long-lost Billy Mays– BUT WAIT, THERE’S MORE!

The Fed also reduced its GDP growth forecasts for the US economy from 2.9% to 2.2%. In case you’re not too fast on the ‘calc’ icon, that’s a 24% proportional reduction in GDP growth. Not exactly a drop in the bucket.

AND, of course, there’s the recent data that inflation has ticked up, even according to their own official numbers. Of course Ms. Yellen proceeded to downplay the inflation, writing it off as ‘noise’.

So this morning I received yet another analysis from a large private bank I deal with; the report’s headline– FED: Growth down, optimism up.

Growth is down. Inflation is up. The grand wizards don’t have a clue. Yet people are excited about this?

I feel like there’s an alternate universe out there where this sort of paradox would make sense… some magical 5th dimensional world where up is down and men breathe through their nipples. (why else are they there, gents?)

But alas, this is not some alternate universe… ’tis the sad state of our FUBARTASTIC financial system.

Fundamentals no longer matter. Common sense is now a totally foreign entity. High frequency traders and algorithms dominate the marketplace, brokers steal customer funds to cover their own losses, banks sell their customers ‘shitty deals’ and take the other side of the trades.

Looking at this ridiculous market, I really I find it hard to believe that the odds are stacked particularly well in favor of the little guy.

Bottom line: if you’re in the markets, invest with caution. And if you have the courage to swim against the school, bear in mind there’s a whole world of alternative investments– primarily things like private businesses that are far less susceptible of being directly manipulated.