Strategies to cope with an insane world 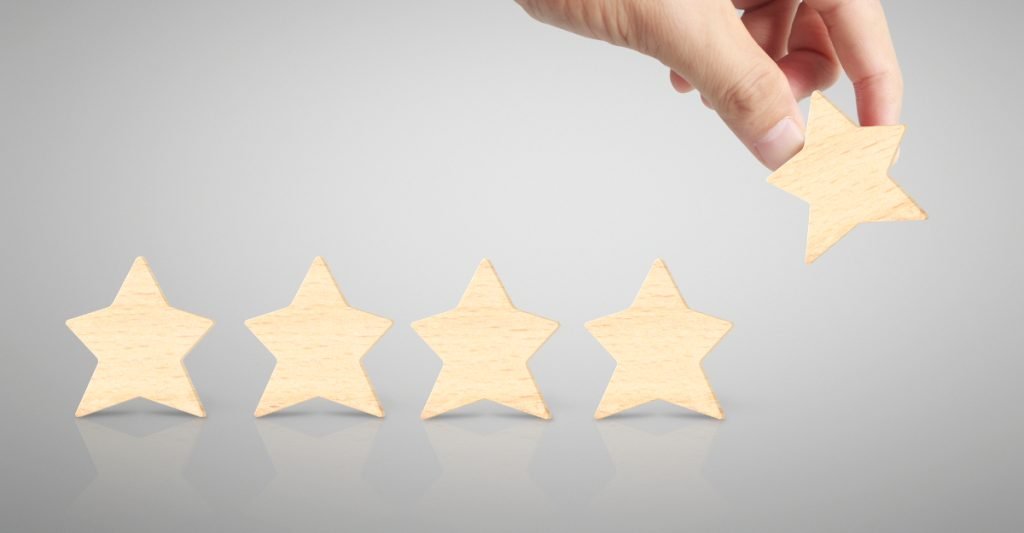 On the 26th of August in the year 1346, English and French armies faced each other across the battlefield near the town of Crecy-en-Ponthieu in northern France in what would be among the first major battles of the Hundred Years War.

The English armies were equipped with relatively new technologies, like the longbow and bombard (an early medieval cannon), providing them major tactical advantages.

So, at least for the French, the battle was murderous; Crecy was one of the worst defeats in French military history. But for local French people living in the area, it was only the beginning of dark days ahead.

Only a short time after the Battle of Crecy, France was infested with the Bubonic Plague.

Some cities lost more than 50% of their population to the plague. And for the people who survived, life changed overnight.

France’s authorities deemed the plague to be God’s punishment for humanity’s evil ways. So their solution was to ban anything they deemed sinful, ranging from “human sensuality” to “extremely short garments” to men who “possess shoes with pointed toes. . .”

Fanatical religious cults sprung up all across Europe, including France, known as “flagellants”, who would wander from town to town, viciously whipping their own naked flesh into a bloody mess, in order to atone for their sinful ways.

These ‘mostly peaceful’ flagellants also frequently screamed at other townsfolk, trying to force all the evil sinners into joining their movement.

(It was later found that the flagellants were actually spreading the plague as they traveled the country, and they were officially condemned by Pope Gregory XI in 1349.)

Meanwhile, because of the devastating effects of the plague, economic activity ground to a halt. Agricultural output plummeted as labor was almost nonexistent.

Any able-bodied worker who survived the plague was too terrified to work. Food was scarce, and many farms were abandoned entirely.

Then, in early 1348, a giant earthquake originating in the Alps shook the entire continent, with aftershocks lasting for more than a month.

More lifestyle restrictions and mandates followed, as many governments took the earthquake as a continued sign of God’s wrath.

It’s remarkable that all of this happened in a relatively short period of time; in the early summer of 1346, life still felt pretty normal.

Yet within less than 18 months, a violent war was taking place, the Black Death had killed a third of the population, the economy collapsed, and basic lifestyle choices had been outlawed.

It must have been very difficult to cope with. And in many ways it reminds me of our own time.

You might wake up some mornings, look at the news, and wonder, “What else could possibly go wrong?” Or more appropriately, “What else are these people going to screw up?”

Most likely– quite a bit.

For starters, nearly the entire world is dealing with historically high inflation. Yet the people in charge of controlling inflation seem completely clueless as to why it’s happening.

The President of the United States, for example, blames “greed”, and claims that most of the inflation is due solely to rising automobile prices. As if rising fuel prices, food prices, university tuition, rents, home prices, etc. are all no big deal.

The Federal Reserve, meanwhile, blames inflation exclusively on supply chain dysfunction; they refuse to even consider the idea that they might be at least partially responsible after having expanded the money supply more than any other year in US history except for 1943.

The point is that they don’t understand why inflation even exists. So it’s doubtful they’re going to fix it.

Meanwhile, politicians have squashed protesters and parents whose only desire is freedom. Big Tech companies censor anything they deem wrongthink. Woke Marxists have hijacked control of everything from mainstream media to schools and universities to entire government institutions.

Civil discourse is at a historic low in the modern era, and propaganda at a historic high. Public health fanatics constantly want to control how we should be able to live our lives. Science, mathematics, and even language are being cleansed and rewritten in front of our very eyes.

The US national debt recently reached a record high $30 trillion. Social Security is losing money, and its trust funds will be fully depleted within the next decade.

The US was humiliated in its Afghanistan withdrawal; yet the leadership continues to prioritize diversity and inclusion over strength and security. Unsurprisingly, neither Putin nor China fears the West.

The border is a joke. Murder rates are soaring. Homelessness is appalling in many cities.

And, like Europe in the mid 1300s, this all happened in a very short period of time.

But there are ways to cope.

There are, without doubt, some good people serving in elected office. But the institutions themselves are corrupt, incompetent, and unable to generate any meaningful forward progress.

So it’s paramount to cultivate an independent, self-reliant mentality.

Second, make sure you have a place to go. We all learned from the pandemic that everything can change, overnight. So it’s important to have a Plan B, and make sure there’s another place that you and your family will be welcome.

You can do this by establishing a second residency somewhere— whether it’s another state/province, or applying for legal residency in a foreign country (like Mexico, Panama, Spain, Portugal, UAE, etc.)

It also makes sense to go through your family history, if you can, and identify possible ways you can apply for citizenship through ancestry. If you have grandparents from certain countries (like Ireland, for example), you’ll be eligible for citizenship and another passport, affording you more opportunity to live, work, travel, and invest around the globe.

Also consider taking at least a portion of your money out of the financial system.

One key problem with banks is that the instant you make a deposit, it’s no longer legally your money. It becomes the bank’s money. As a depositor, you are merely an unsecured creditor of your financial institution.

Generally this arrangement works fine. But we’ve seen numerous occasions in which banks have completely violated this trust– most recently with the Freedom Convoy protests in Canada.

For this reason it makes sense to consider holding at least some emergency savings outside of the banks. There are plenty of options, including physical cash, precious metals, and cryptocurrency.

It’s also important to look at your options for retirement planning. Like I said, Social Security’s own Board of Trustees clearly state that the program’s trust funds will soon run out of money.

You cannot plan on the government to provide your retirement. But there are other options available. You could set up, for example, a more robust, flexible retirement plan like a solo 401(k), allowing annual contributions up to $61,000, or $67,500 if you’re over 50.

Tax planning is another area where you can take back control. There’s never any reason to do anything illegal– breaking the law defeats the purpose in trying to have more freedom.

But the tax code is full of perfectly legal deductions, credits, and strategies. You might even find that moving to a different county or state can significantly (and completely legally) reduce your tax bill.

In my case, I live in Puerto Rico, where qualified business and investment income is subject to a tax rate of 4%, and 0%, respectively.

Last, the constantly howling and screaming of the mainstream media, woke corporations, Twitter mob, etc. can be really demoralizing.

They call everyone who disagrees with them terrible names; for example, you’re a “flat earther” or “murderer” if you think for yourself.

And they’ve been really effective at making us believe that WE are the intellectual minority, and that MOST people think like they do.

But that’s a complete lie.

These crazed fanatics are a relatively small minority on the ideological spectrum. They seem bigger than they are because they control so many powerful institutions. And they’re loud.

But if you’re a rational person who has valid concerns about the direction of the world, you should know that you are not alone. 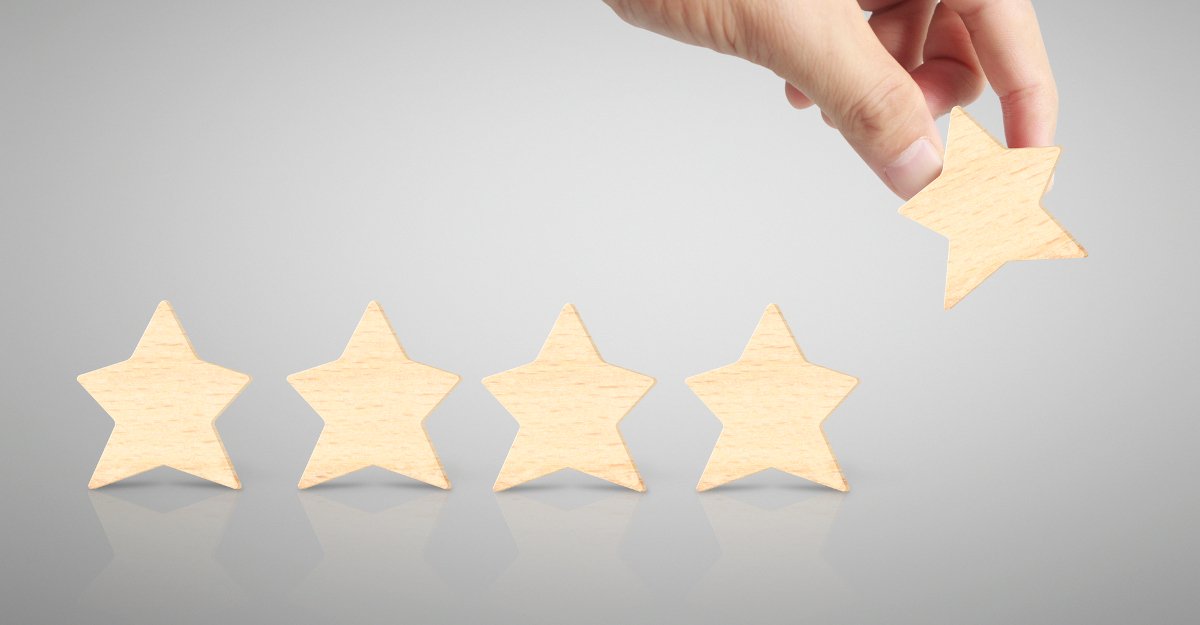