Take a look at what they buried in this obscure report 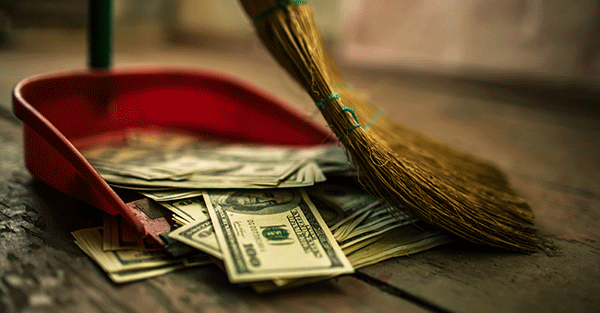 Imagine having a net worth of $57 billion.

That sounds like a lot. And for the few folks out there like Bill Gates, Warren Buffett, and Vladimir Putin who have racked up such a prodigious amount, it is a lot.

But not if you’re the US Federal Reserve.

Just like how individual people can calculate their ‘net worth’ by adding up all of their assets (cash, property, and investments) and subtracting liabilities (loans, credit card debt, etc.), the Fed has a net worth as well.

But for the Fed, its $57 billion net worth only constitutes about 1.28% of its massive $4.5 trillion balance sheet.

This means that if the value of the Fed’s assets drops by more than 1.28%, the Fed will be bankrupt.

And in a time when markets are extraordinarily volatile, a 1.28% drop can happen in a matter of days.

Just consider the massive impact on the world if the central bank of the United States of America… the issuing authority of the US dollar… goes bankrupt.

We don’t have to look too far to find examples; Iceland’s central bank went bust in the early days of the 2008 financial crisis. And almost overnight the currency went into freefall.

Technically speaking, a currency is a liability of a central bank. The two are joined at the hip. So when a central bank goes bust, its liability (i.e. the currency) loses value.

As long as everyone else trusts in Barry, this IOU could be used as a substitute for cash within your community.

But then suddenly Barry goes bust. And everyone finds out. Now no one is willing to accept the IOU as payment. Its value becomes instantly worthless.

And yes, not only could it happen, but all the objective data suggests that things are moving in that direction.

Here’s the thing—the Fed owns trillions of dollars worth of bonds which are extremely sensitive to changes in interest rates.

If interest rates rise, the value of their bonds will fall. It’s a very simple relationship.

And given the Fed’s already razor thin levels of capital, the slightest decline (1.28%) in their asset prices means that it’s game over.

The real zinger here is that the Fed controls interest rates (and hence bond prices). Yet they keep talking about raising interest rates, almost as if they’re trying to push themselves into insolvency.

Not to worry, though, says the Fed. Because buried deep in the report I told you about yesterday, they explain their “Plan B”.

In the event of its own insolvency, the Fed will simply seek a bailout from the US government, and the crisis would be over.

The US government loses hundreds of billions of dollars each fiscal year. They have to borrow money just to pay interest.

In fact, the Federal Reserve is already one of the largest owners of US government debt.

So you see the conundrum here.

And that, ladies and gentlemen, is what the people controlling the system have come up with to stave off a looming currency crisis.