Terrified of Bitcoin, banks forced to innovate for the first time in 40+ years 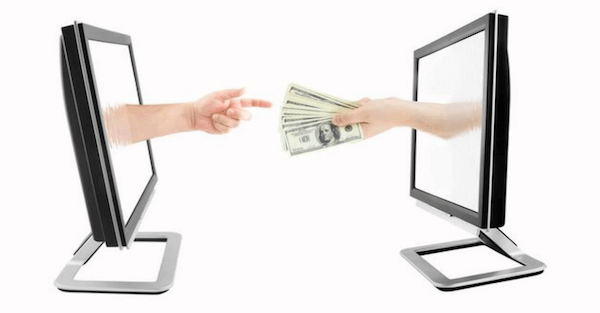 Until now, sending a domestic funds transfer in Australia from one bank to another could take several days. It was slow and cumbersome.

With NPP, payments are nearly instantaneous.

And rather than funds transfers being restricted to the banks’ normal business hours, payments via NPP can be scheduled and sent 24/7.

You can also send money via NPP to mobile phones and email addresses. So it’s a pretty robust system.

Across the world in the United States, the domestic banking system has been working on something similar.

Domestic bank transfers in the Land of the Free typically transact through an electronic network known as ACH… another slow and cumbersome platform that often takes 2-5 days to transfer funds.

It’s pretty ridiculous that it takes more than a few minutes to transfer money. It’s 2018! It’s not like these guys have to load satchels full of cash onto horse-drawn wagons and cart them across the country.

(And even if they did, I suspect the money would reach its destination faster than with ACH…)

Starting late last year, though, US banks very slowly began to roll out something called the Real-time Payment system (RTP), which is similar to what Australian banks launched yesterday.

[That said, the banks themselves acknowledge that it could take several years to fully adopt RTP and integrate the new service with their existing online banking platforms.]

And beyond the US and Australia, there are other examples of banking systems around the world joining the 21st century and making major leaps forward in their payment system technologies.

It seems pretty clear they’re all playing catch-up with cryptocurrency.

The rapid rise of Bitcoin and other cryptocurrencies proved to the banking system that it’s possible to conduct real-time [or near-real-time] transactions, and not have to wait 2-5 days for a payment to clear.

All of these threats from competing technologies have finally compelled the banks to innovate– literally for the FIRST TIME IN DECADES.

When the CEO of the company launching RTP in the US announced the platform, he admitted that the “RTP system will be the first new payments system in the U.S. in more than 40 years.”

That’s utterly pathetic. The Internet has been around for 25 years. Even PayPal is nearly 20 years old.

Yet despite the enormous advances in technology over the past several decades, the last major innovation in bank payments was back when Saturday Night Fever was the #1 movie in America.

Banks have been sitting on their laurels for decades, enjoying their monopoly over our savings without the slightest incentive to improve.

Cryptocurrency has proven to be a major punch in the gut. The entire banking system keeled over in astonishment over Bitcoin’s rise, and they’ve been forced to come up with an answer.

And to be fair, the banks have reclaimed the advantage for now.

NPP, RTP, and all the other new protocols are faster and more efficient than most cryptocurrencies.

By comparison, there were 25 BILLION funds transfers in 2016 using the ACH network in the US.

Based on the typical holiday schedule and the banks’ 8-hour working days, that’s an average “throughput” of roughly 3500 transactions per second.

So, now that banks have finally figured out how to conduct thousands of transactions per second in real-time, they clearly have superiority.

But that superiority is unlikely to last.

It takes banks decades to innovate. They have enormous bureaucratic hurdles to overcome. They have endless committees to appease, including the Federal Reserve’s “Faster Payments Task Force.”

And most importantly, given that most banks are still using absurdly antiquated software, any new systems they develop have to be carefully designed for backwards compatibility.

Cryptofinance and other financial technology companies have no such limitations.

As my colleague Tama mentioned in the podcast we released yesterday, the cryptocurrency space sort of exists in ‘dog years’.

Things move so quickly that one year in crypto is like 7 years for any other industry.

Right now there is almost a unified push across the crypto sector to solve the ‘scalability’ problem, i.e. to securely transact a near limitless number of transactions in real time.

Those solutions will almost undoubtedly come from technologies that you haven’t heard very much about yet.

Hashgraph and Radix, for example, are two such ventures working on extremely elegant payment solutions that break the mold of previous cryptos.

Rather than build upon standard cryptocurrency concepts like blockchain, Proof of Work, and Proof of Stake, both Hashgraph and Radix have created their own algorithms from scratch.

And there are literally dozens of other companies and technologies aiming for similar heights.

Some of them will undoubtedly succeed. And still other ventures that won’t even be conceived for years will have yet more disruptive power in the future.

The banks don’t stand a chance. The future of finance absolutely belongs to crypto.