That awkward moment when the government spent $374,087 to study senior citizen dating habits 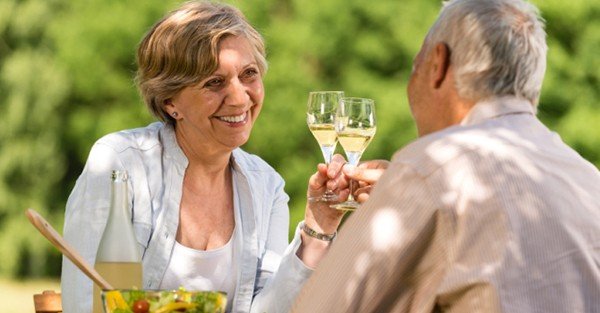 Talk about a difference between fantasy and reality.

It was just a few weeks ago that the International Monetary Fund predicted that Saudi Arabia would likely be bankrupt within the next five years.

Saudi Arabia’s financial position is deteriorating rapidly, and the government is burning through cash like a coked-up rock star.

Just a few months ago, the Saudi king visited the United States. When he touched down in his private jet he had a massive convoy of dozens of luxury vehicles waiting to whisk him away to the Four Seasons, where he had rented out the entire hotel for his stay, bankruptcy be damned.

The Saudis followed this up with plans now to build the world’s tallest skyscraper, which would stand a full kilometer in height.

Seriously, what are these people thinking?

What kind of idiot goes out of his way to blow through cash when he’s rapidly going broke?

Why, the United States of America of course.

Senator Lankford of Oklahoma recently released a scathing report of what he called “Federal Fumbles” and absolutely ridiculous wastes of money.

The report would be hilarious if it weren’t true… and funded with your own tax dollars, including:

Of course one of my favorites, which isn’t even in the report, is the federal government’s policy on peanuts and many other agricultural products.

US Federal law requires the government to pay American peanut farmers when the price of peanuts goes below a certain level.

With the peanut market in a serious slump this year, this means that the industry is likely to require some $2 billion in bailout funds.

The sad part about this is that the government is required to buy the crop at a price that dramatically exceeds the market price of peanuts.

In other words, taxpayers are guaranteed to lose money on this deal because the government is happy to overpay.

It reminds me of all the classic stories we heard after the fall of the Soviet Union about government incompetence.

My favorite was about the Soviet boot factory that only made left boots, but no right boots.

It’s hard to find much of a difference these days.

Are these governments so different and special that they can go on spending indefinitely and without consequence?

Like spending $43 million of taxpayer funds to build a gas station in Afghanistan that no one around could use?

Or building a multi-billion dollar skyscraper right after being informed that you’re going bankrupt?

The IMF has singled out Saudi Arabia and hung a giant countdown timer over the nation’s economy.

Given that the IMF is a lapdog of the US government, you’ll never see them do the same in the West. But the circumstances are just as obvious.

US federal debt now stands at nearly $19 trillion, after an astonishing $674 billion debt increase just last month. And there’s yet another shutdown looming just days away.

It’s pretty clear where this is going.

And no, nothing dramatic is going to happen today or tomorrow.

But now is definitely the best time to start building a Plan B.

The most severe consequences could take years to play out, but it’s hard to imagine that you’ll be worse off for taking sensible steps to ensure you’re not a victim of such colossal government stupidity.