The cost of this Congressional seat increased 23.5x in 6 years. 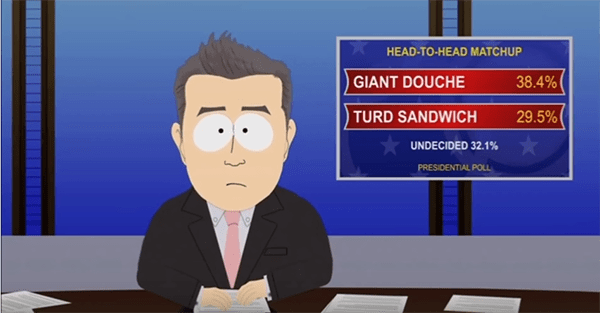 What do you think have been the best performing assets over the past several years?

Perhaps it’s Facebook stock, whose price is up 3.2x since it debuted in 2012.

But neither of those companies’ stock performances holds a candle to Colorado’s sixth Congressional district.

Back in 2010 when incumbent Rep. Mike Coffman handily won the race, total election spending that year, including funds from PACs and other outside groups, totaled $758,926.

Of course, a Congressional seat isn’t exactly an investment in the traditional sense.

It’s the same with politics.

If donors feel like they’ll receive a better return on investment with a particular candidate, more money will flow towards his/her campaign… and hence the “price” of the election increases, just like a stock price.

Additionally, just like stock prices, election prices can increase due to an inflationary bubble.

Only this isn’t a financial bubble or credit bubble engineered by a central bank’s idiotic monetary policy.

This is a corruption bubble. And it keeps getting bigger.

There was a time once long ago when being a politician was considered honorable service.

It was a burden. It meant reluctantly uprooting yourself from your business or profession for several years to represent the interests of your community.

When your service was up, you would return home and it would be someone else’s turn to serve.

Clearly there are still some people who truly care and do their best for their constituents.

But the system is stuffed full of career politicians who spend tens of millions of dollars to put themselves in positions of power… and stay there forever.

This is a far cry from representing the interests of your community.

Rather, they’re representing their own interests and those of their donors.

And everyone’s in on it. Banks. Mainstream media. Hollywood. It’s ridiculous.

Given the massive amount of money and power involved, these people say and do anything to get elected.

They lie, cheat, and steal. They manipulate, deceive, and conspire.

Amazingly enough, what they do often meets the classic legal definition of fraud: making deliberate misstatements of fact with the intent to deceive and personally benefit while causing injury to another party.

Well, there’s definitely no shortage of deliberate misstatements with an intent to deceive voters.

It’s fairly easy to see that winning the election personally benefits the candidates.

And yes, there’s injury to another party, as in, the entire country.

It’s disgraceful. Everything about the system is fraudulent.

Yet they continue bullwhip people, telling us that we have an obligation to participate in this fraud.

The common refrains are “don’t boo, vote,” and, “if you don’t vote you can’t complain.”

(My personal favorite is “Vote or Die!” Nothing goes better with government than threats of physical violence.)

But these are all weak justifications of a broken system.

If I get food poisoning every time I go to a restaurant regardless of what I order, I’ll eventually realize that there’s something rotten in the kitchen and stop eating there.

I won’t feel any moral obligation to keep showing up just because I have the ‘freedom’ to do so.

Politics shouldn’t be much different. If the system consistently fails us, why keep showing up?

But what you can do is ensure is invest that time and energy in yourself… and ensure that no matter what the outcome, no matter how big the corruption bubble becomes, you’ll be in a position of strength no matter what happens next.