The Courage to Print Money 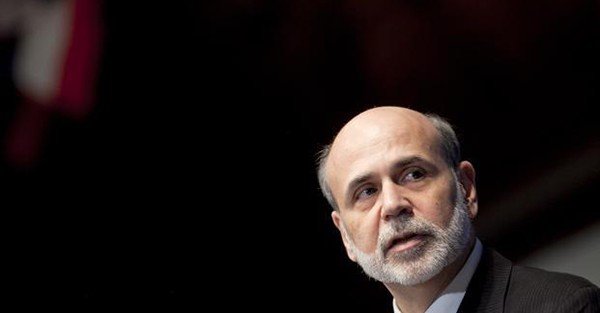 If you’ve seen the movie The Usual Suspects, you know that wonderful line “The greatest trick the Devil ever pulled was convincing the world he didn’t exist.”

We believe the greatest trick central bankers ever pulled was convincing the world they were acting in the interests of anyone other than the banks.

With that in mind, it’s almost surreal to see former Fed Chairman Ben Bernanke making victory laps around the world to celebrate the launch of his new book, curiously entitled The Courage to Act.

Does it really take courage for unelected economic bureaucrats to print up trillions of dollars of taxpayers’ money in order to bail out Wall Street banks?

I’m sure it will certainly take courage if the taxpayer finally wakes up to the ruse before it fails.

And sooner or later, every ruse does fail, even when run by the world’s most powerful cartel.

The Fed, along with its cousins in Europe and Asia, is up against a force of nature in the form of the free market. A banking cartel can clearly achieve a lot in its own interest, but in the fullness of time, the market will win out.

To suppose otherwise is to believe that central planning works. As if putting Janet Yellen in charge of the Soviet Empire would have somehow averted the fall of Communism.

Here in the UK, we have a crime known as High Treason: the crime of disloyalty to the Crown. “Adhering to the sovereign’s enemies, giving them aid or comfort” is a High Treason offence.

So is “counterfeiting money”.

Destabilizing the monetary system to the point of potential collapse would probably qualify, we think, perhaps on both grounds.

So the next time a central banker (the Bank of England’s Chief Economist), or one of their banker buddies, proposes that the abolition of physical cash or the introduction of negative interest rates, is in the best interests of the taxpayer and not the banks, they should be grateful that we no longer have the death penalty for High Treason.