The dominoes begin to fall in China 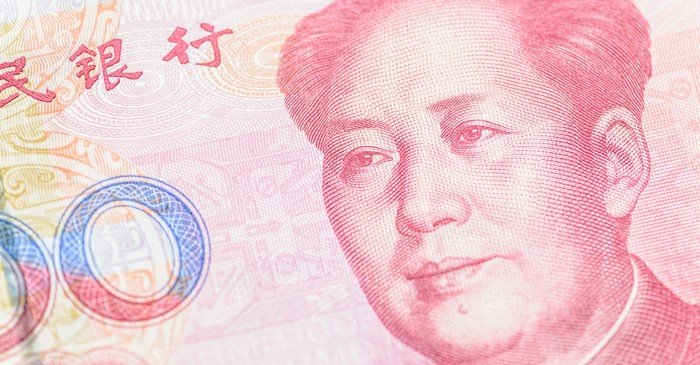 What’s going on in China reminds me a lot of what I witnessed firsthand when I lived in South Korea in the 1990s, before that economy’s crash in 1998.

Fuelled by a steady diet of cheap money, these companies kept adding capacity with no regard to profitability or return on capital. They simply focused on producing more stuff and expanding their size. They employed more people, and everyone was happy.

But, all the while, they were borrowing more and more money, until eventually they collapsed under the debt load when liquidity dried up.

Before Korea, the exact same thing happened in Japan, and a giant, unsustainable debt binge brought the “miracle economy” to its knees.

But the Korean and Japanese debt bubbles are nothing compared to what we see in China today.

Consider this: in the last five years, the Chinese created $16 TRILLION in credit that is now circulating in the economy… financing ghost cities and useless infrastructure projects.

Floor space per capita in China is now 30 square meters (about 320 sq. ft.) per person. Japan was at that level in 1988. And the economy burst the following year.

The Chinese government recognizes it has a problem. It realizes it can no longer keep the dam from breaking. And in the past week, it bit the bullet.

In the last two weeks, Chaori Solar and Haixin Steel were allowed to default, i.e. they weren’t bailed out.

This is the first time in China’s modern history they’ve had a default, let alone two. They can no longer keep the game up, and the dominoes are beginning to topple.

I cannot stress this enough. What we’re witnessing is a major paradigm shift.

Of course, the Chinese government claims they can control the impact of these “relatively minor” corporate defaults.

But as we saw during the sub-prime crisis in the Unites States, the complex web of inter-linkages in the financial system means they are playing with fire.

I expect many more defaults in China in the coming weeks and months. I expect some important Chinese financial institutions to get into trouble.

And I expect the Chinese government will completely lose control over the situation.

My recommendations are 2-fold:

1. If you have any exposure to Chinese stocks, or the Chinese Yuan, I strongly suggest you reconsider.

2. If you have investments in iron ore or copper producers, get out.

But it’s not all doom and gloom. It’s going to take time for China to suffer through this crisis. But, if the Chinese government lets the dominoes fall where they may, the country will be better off in the long term.

The lessons from markets such as South Korea and Indonesia, in aftermath of the 1997-1999 Asian economic crisis, are clear.

If China frees up and liberalizes its financial markets in the face of a crisis, writes off bad loans, and closes down insolvent banks, it will emerge in a much stronger position once the crisis blows over.

And there will be lots of money to be made buying good-quality Chinese shares during the crisis. But, for now, it’s time to brace for the downturn.