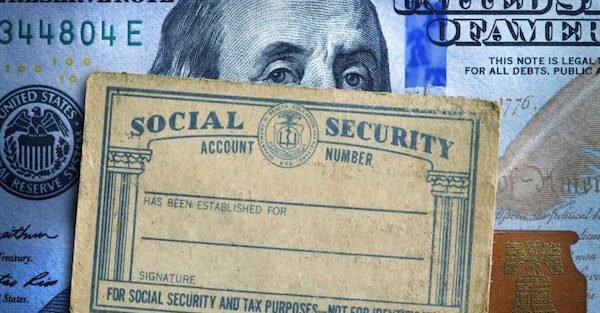 Do you remember back in 2017 when Equifax (the giant consumer credit agency) admitted that it had been breached?

And we’re talking EVERYTHING– names, addresses, Social Security Numbers… all the ingredients that an identity thief needs to destroy your life.

Equifax was totally at fault; the company had sloppy, irresponsible controls in place to safeguard this critical personal data.

So sloppy, in fact, that the hackers had been inside their system pillaging data for 10 weeks before the company realized anything was wrong.

Perhaps that’s not such a surprise given that the company’s Chief Security Officer had zero credentials related to either IT or security.

Last week Equifax was fined $700 million by the US Federal Trade Commission.

I found this interesting, given that it took TWO YEARS for this fine to be issued… even though Equifax already admitted to wrongdoing.

The other thing that sticks out, though, is that the $700 million fine is roughly the amount of money that Equifax used to make each year.

So Equifax was fined less than a year’s profit… And by the way, that $700 million fine constitutes less than $5 for each of the 147 million people who had their data stolen.

On the black market (and in the Internet’s infamous ‘dark web’), that sort of personal data can easily fetch more than ten times that amount.

Less than half of the money will be earmarked for victims; the rest will end up in the government’s pocket.

Obesity is a “disability,” so you can’t discriminate

Some jobs are dangerous. And sometimes, they are even more dangerous when you are unhealthy, or obese.

A company in Washington required health screening before hiring a railroad technician. They had preset health standards for the job, for the safety of employees.

One man was given preliminary approval for the job, but his health screening revealed that he was considered obese by medical standards.

Instead of downright rejecting the man for the job, the company explained that it would still hire him if he lost 10% of his body weight.

And now the Washington Supreme Court agreed that obesity is a covered disability, protected under the state’s anti-discrimination laws.

“It is illegal for employers in Washington to refuse to hire qualified potential employees because the employer perceives them to be obese. . .” even when being physically fit is a necessary job requirement.

FaceApp was fun… now they own your face

The mobile phone app “FaceApp” has been hugely popular as of late; it allows users to upload images of their own faces, and, through digital editing, show you what your face would look like decades into the future.

It turns out that everyone who downloaded and used FaceApp gave the company a never-ending, irrevocable, royalty-free license to do whatever it wants with your name and pictures.

FaceApp could, for instance, use your picture on a billboard. Or they could edit the photo, and use it in a commercial for acne medicine. They could even put your real name next to the photo. Users gave them permission to do all of this.

But more likely, the company will sell the 150 million faces and names to whoever they want… probably a company training facial recognition programs.

In the City of Berkeley, California, manholes are now maintenance holes. Craftsmen are artisans. And pregnant women have become pregnant employees.

According to a new ordinance, all words and phrases written in the official city legal code must be changed to become gender neutral.

“Language has power. And the words we use are important,” the local politician who introduced the provision said.

That’s true. Which is why we have specific words that clearly refer to particular objects and ideas.

For instance, fraternities and sororities are supposed to refer to different things. But they are now known in Berkeley as “collegiate Greek system residencies.”