The last time this happened was… never. 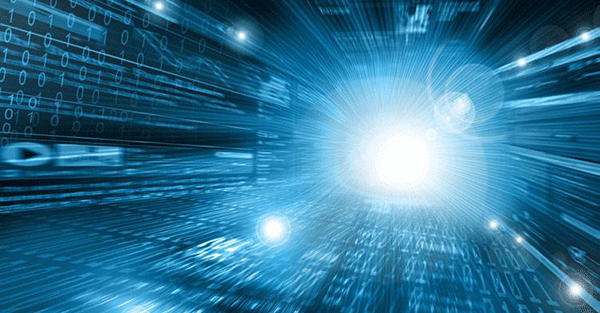 Every few centuries a new technology is invented and adopted that fundamentally changes everything about how a society is structured and organized.

The Agricultural Revolution allowed early humankind to stop being nomadic hunters and establish the roots of civilization in a single location.

The invention of the moveable type printing press in the 1400s (the Internet of its day) created a rapid spread of ideas that spawned lasting political revolutions across Europe.

The Industrial Revolution lifted millions of people out of poverty, empowered the middle class, and finally ended the feudal system.

Today it’s the Digital Revolution, which, along with robotics, genomics, and AI, is already creating fundamental changes in society.

Now, to say that the world is constantly changing is a statement of the obvious.

But the changes we’re experiencing right now have never been seen before in all of history.

Because in addition to major social changes, we’re also seeing a change in the world’s dominant superpower.

This happens from time to time throughout history.

The Italian city-states. The Ottoman Empire. Spain. France. Britain. All of these great empires held the top spot in the world for a time. Sometimes centuries.

But each was ultimately displaced by another rising power. Nations, like people, have natural life cycles. They rise, peak, and decline. It’s completely normal.

The United States as the world’s dominant superpower today is in its own period of decline.

Over the past 55 years, the US government posted a budget surplus a grand total of TWO times (one of which was a razor-thin surplus of just 0.01% of GDP), showing that this downward slide has been essentially uninterrupted.

There’s simply too much debt, military folly, and pitifully unsustainable entitlement programs for it to get back on track.

Both of these trends are also playing a role in precipitating a reset within the third: finance.

Every few decades, the dominant financial system in the world is replaced, usually tracked by the rise and fall of global reserve currencies.

The current financial system, based on central bank innuendo and false political promises, is decades old.

Wreaking havoc on markets and decreasing the living standards of the majority of the population today, it’s clear that it’s time for a reset.

This is already in motion as we are seeing significant challenges to the US dollar’s dominance, with the Chinese dumping their US Treasury securities, and the establishment of the Asian Infrastructure Investment Bank.

You’ve seen and felt all of these trends, but what you may not realize is just how unique this is.

We’re seeing a shift in the world’s dominant superpower at the exact same time there’s a shift in the global financial system, and reserve currency, and game-changing technology. And even more trends that we haven’t even discussed.

The convergence of all of these trends at the same moment is the MEGA-trend.

The last time this happened was… never.

And it is bringing with it a whole host of unusual and unprecedented risks, which we’re already starting to see.

Financial markets are topsy-turvey, rising and collapsing in double digits within a few hours. That’s not supposed to happen.

Banking systems are on exceptionally shaky footing. Interest rates in many countries are actually negative.

And there are massive financial bubbles everywhere we look.

These risks are very real, and this is absolutely no time to be asleep at the wheel.

But behind each of these risks are incredible opportunities, and that’s what makes these changes so exciting.

In forgotten corners of financial markets, there are successful, profitable companies that are selling for HUGE discounts to their book values… and in some cases for less than the amount of cash they have in the bank.

Next-generation financial assets (including gold, silver, and even cryptocurrencies) are selling at historic discounts.

And alert individuals have the chance to invest in game-changing technologies that will dominate the next 100 years.

This is all incredibly exciting for anyone who’s actually paying attention.

There are huge risks. And huge opportunities. It’s important to be prepared for both.

Book 10 of Virgil’s Aeneid is one of the earliest references to the phrase “audentis Fortuna iuvat,” which is most commonly translated as “Fortune favors the bold.”

Perhaps. But if history is any guide, Fortune favors the prepared.