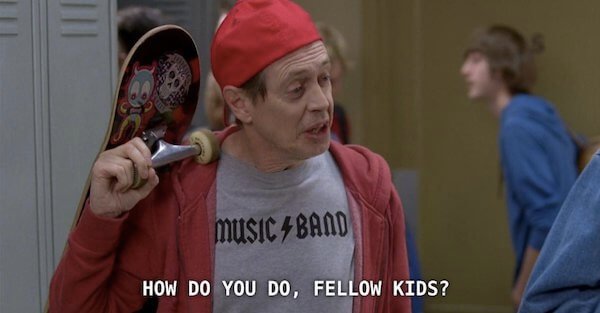 What age do you identify as?

It happens way too often here at Sovereign Research… we joke around about the next outlandish demands of Social Justice Warriors. And then it happens.

This time the Journal of Medical Ethics published a paper arguing that if you don’t feel your “chronological” age, you should be able to change it.

For instance, perhaps you are 70 years old, but you feel 50. If your biological markers for age are closer to 50, and if you are suffering age discrimination, you should legally be allowed to change your age, the professor says.

But the good news is if you’re a 30 year old chain-smoking fast food addict, you’re probably already biologically eligible for Social Security. Better collect before it runs out!

Much like Social Security in the US, and pensions around the world, an aging population in Finland makes government funded healthcare a ticking time bomb.

These programs all require more younger people paying into the system than there are older people collecting. But with people having fewer kids, the demographics just can’t keep up.

So the Prime Minister of Finland and his administration tried to reform the country’s universal healthcare program to make it more sustainable.

The reforms seemed pretty mild… just opening up more choice for private healthcare, and centralizing some aspects of the healthcare administration.

But even these attempts failed, as parliament continued its years-long track record of blocking any reform.

So amidst the failure, the Prime Minister and his entire cabinet resigned (although they will stay on as “caretakers” until the next election this month).

At least politicians in Finland acknowledge the disaster, instead of just ignoring it like US politicians.

In the Land of the Free, most state laws severely limit what kinds of food items people can sell. These laws hit small farmers and producers really hard, where people have to submit to kitchen inspections and pay steep permit fees.

In 2015 however, Wyoming set the food freedom standard with a law which cut all sorts of restrictions on selling homemade foods like baked goods, pickles, and kombucha.

Now West Virginia has passed arguably the most expansive food freedom law in the country.

It allows homemade food to be sold online or in person without licenses or inspections. They just have to include a label explaining that it is homemade, listing the ingredients, warning of possible allergens, and including contact info of the producer.

There is no limit to how much a merchant can earn, and the only restriction is on foods containing meat.

So far, Wyoming, North Dakota, and Utah say there hasn’t been a single report of foodborne illness from anyone selling food under the new laws.

It’s sad that allowing people the freedom to choose what they put in their own bodies is such a novel concept. But we’re happy to see this law passed.

For the past several years, the fast-food chain Chick-Fil-A has been embroiled in controversy after the owner expressed views on same-sex marriage that were considered anti-LGBT.

And as a result, recently the cities of San Antonio, Texas and Buffalo, New York have denied the company from having a location at their airport.

Personally I disagree with the Chick-Fil-A owner’s views– I don’t care what two consenting adults do with their lives.

Anyone who is offended can simply stop eating at their stores. And a lot of people have done that.

The issue here is that a private company has been blacklisted over the owner’s personal beliefs. And that’s a terrible precedent to set.