The one common feature in every financial crisis 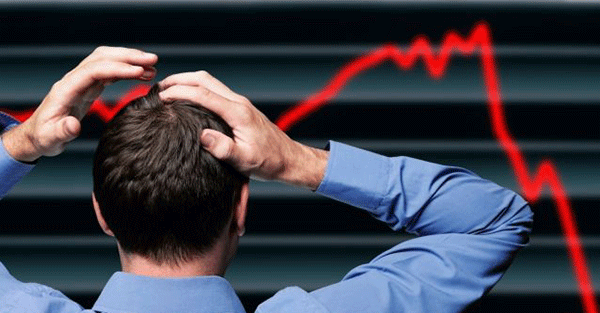 What do these have in common? Their likelihood is next to impossible. So why worry?

This is how people tend to think about the financial system.

Mentioning even the possibility, for example, that the US could default on its debt is met with so much scorn and contempt it would be safer to stand on the street corner warning about an alien invasion.

The same goes for the imposition of capital controls. Or a collapse in the banking system. Or a currency crisis.

No one, from the average guy on the street to a Nobel Prize-winning economist, wants to acknowledge that these possibilities exist.

And yet the most casual glance at the headlines proves that these events not only can happen, they do happen.

The Greek government is broke. This didn’t happen overnight. It’s not like Greece has always been a picture of financial health and just recently fell on tough times.

Greece has been broke for ages. As has the Greek banking system– overstuffed with government IOUs and bad loans that have no hope of being repaid.

And that’s why we’re seeing everything unfold in the headlines. Bank runs. Capital controls. Default.

It all starts with debt. Whenever a country gets too deep into debt, it’s going to get into trouble. History is very clear on this point.

They’ll either default on their private creditors, i.e. the poor souls who loaned them money to begin with.

Mostly, though, they’ll default on their obligations to their citizens– suspending pension payments, imposing capital controls, raising taxes, destroying the value of the currency, and bailing in the banks with customer deposits.

Debt kills. And sooner or later, if history is any guide, nearly every heavily indebted nation will resort to this very limited playbook.

Just look at Greece: the government has established tight restrictions over bank withdrawals and is even preventing people from accessing safety deposit boxes.

This highlights yet again that banks are merely an extension of their governments– stooges that will turn against you in a heartbeat and comply with every order their bankrupt master gives them.

It’s foolish to hold one’s life savings within the banking system of a heavily-indebted nation.

And doing something about it need not be complicated.

It’s 2015. You can move savings to an offshore bank account (i.e. a stable foreign bank with very strong fundamentals) without having to leave town.

Or in some cases, without leaving your living room.

This is sound advice for anyone living in a heavily-indebted nation.

It’s not some wild assertion or conspiracy theory to acknowledge that there’s risk in the system. The publicly-available data is very clear: almost every western nation is insolvent and far past the point of no return.

These are real risks not to be assumed away. They’re uncomfortable and unpopular to think about. But they are not negligible.

And in the face of such clear data, rational, thinking people ought to have a Plan B.